Way back in May, our friends Shawn and Sanna bought tickets for the Tom Petty concert at the Gorge. We hadn’t been out there in ages (in fact, not since the Pearl Jam concert the evening after Kevin proposed), and Tom Petty is of course a favourite, so we glommed on.

Friday was very hectic. I worked from home so that I could be here while the plumber installed the ($150/hr + materials) line to our icemaker. Ouch. Kevin was in meetings all day. I was supposed to be at his building at 4 pm (right on that cusp of Friday rush hour), and didn’t make it until a somewhat frazzled 4:15. We were planning to take back roads, to try to avoid some of the end of workday and weekend traffic. Kevin took over driving, I got out my knitting, and he took a right according to his online directions… onto a brick road. 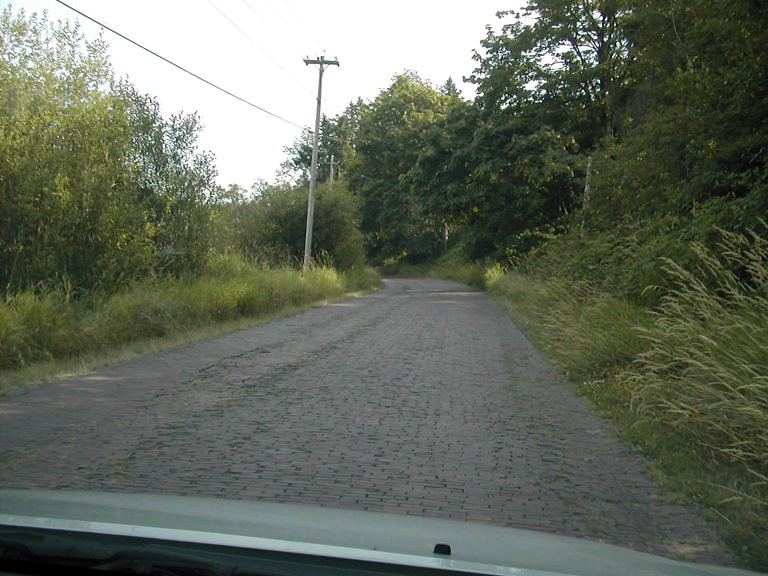 We laughed and laughed. Apparently it was built in 1913 and is designated as historic. 🙂 (At risk of “explaining the joke”, I spent most of my childhood outside Boston. Kevin grew up west of Philadelphia. We are both 300 years of seeped-in history sort of people, and yet we moved to the west coast, and somehow 1913 is incredibly old in our town. We have no idea why the mapping software chose to send us down *that* road. We were already running late. Some things are just too funny.)

As we got closer, I kept being awash in happy memories. The first time we went to the Gorge (in 2002), we were barely/almost dating, and such magnets for each other. The second/last time we drove to the Gorge for a concert, we were calling our families along the way to announce our engagement. Beyond happy. And now, between that significance and the gorgeous views? Such an important and wonderful place to me to revisit.

The opening band started at 8, and we got in line off the highway at 7:15. The line of traffic moved in fits and starts, so much so that after the first two pauses we took to turning off the engine. We pulled into our camping spot at quarter of. Kevin set up our tent, we got organized, and I took photos of the sunset (circa 7:51). 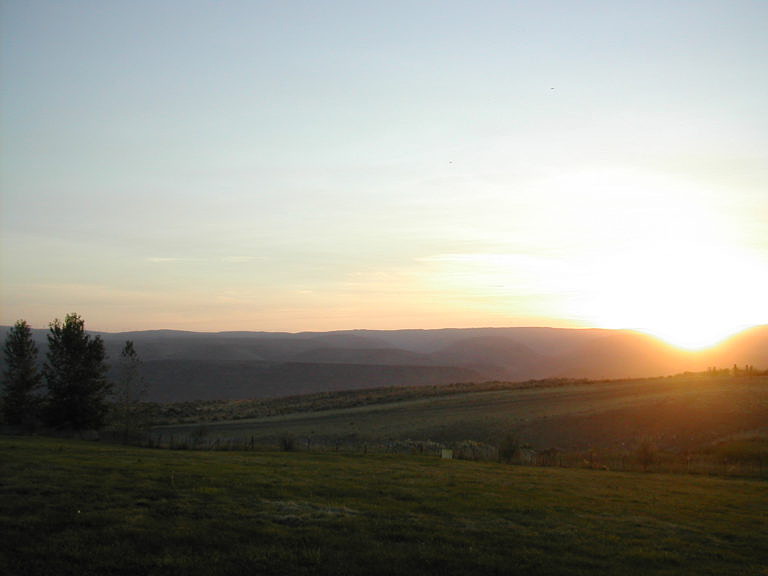 There was a smog warning in effect for Seattle on Friday, and while that did not particularly bother me, the visible low smog in the middle of the state was horrifying. It was eerily close to driving through northern CA earlier this summer with the forest fires. The one advantage is that the sunset was sensational – orange and pink, plus all of those desert mountains for contrast.

The concert was amazing. I’ve been a fan of his since early high school, and there are several CS classes in college that I passed thanks to endless repeats of certain Tom Petty cds in the small hours of the morning. Kevin and I tend to have divergent taste in music and classic rock is one of the common grounds. Tom Petty and his band seemed dedicated to the show, the playlist was awesome (though I was surprised that they didn’t play anything off of his new-ish album – some of those songs are quite good), and the lights and showmanship were great. So, great music, incredibly beautiful surroundings, good friends.

It was a long day. After the show, retiring to sleeping bags in the tent felt amazing.

We were all up by 8 the next morning (I wouldn’t have been up if everyone else hadn’t been – that tent and sleeping bag combo is incredibly lulling to me), and after a breakfast of cinnamon rolls and melon from the CSA, I packed the car (a challenge now that we had two extra people and had to keep the backseat clear!), and then we were off.

We stopped in Cle Elum for a rest break and coffee, and found that there was a classic car show underway. 🙂 Neat! We ended up spending well over an hour walking around and looking at all of the cars. I’ve been to shows where people restore the cars to the way they were (always fascinating), but 90% of the cars here had been souped up to the sexy, classy versions of themselves that they’d always aspired to be. New paint jobs, upholstery, mirrors, engine, dash & meters, etc. 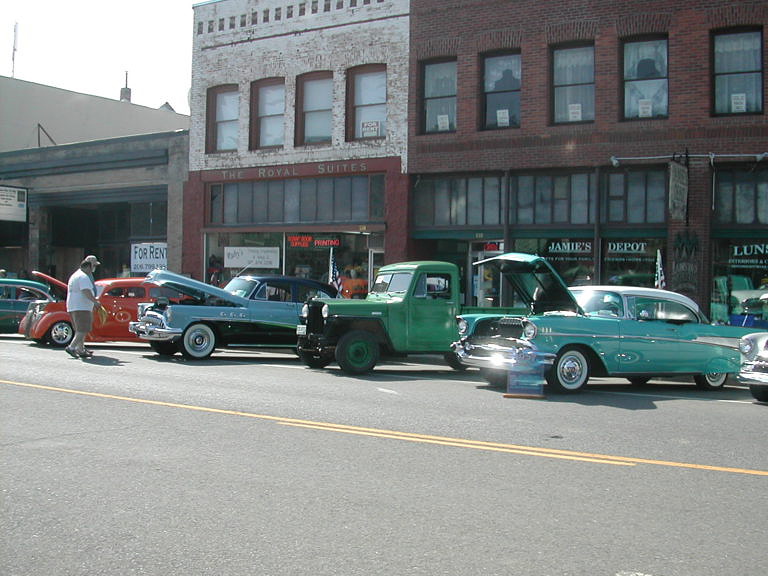 Shawn and Sanna checking out a majorly modified pickup from way back when: 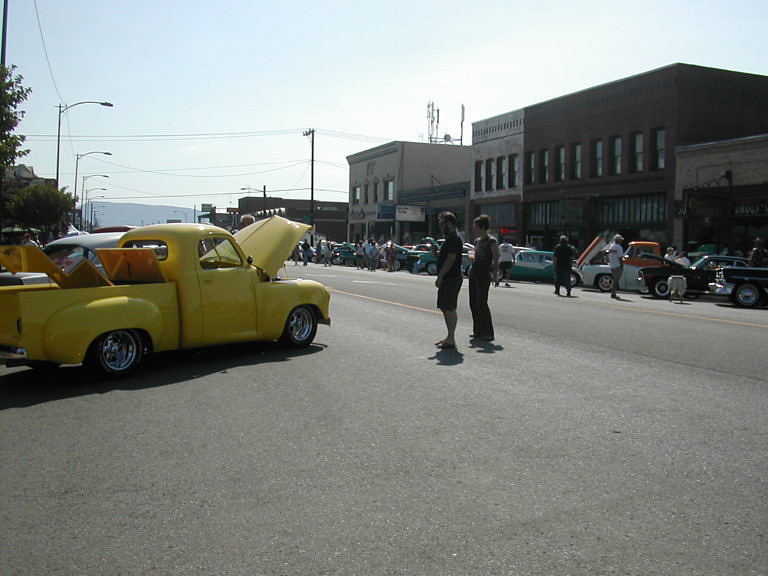 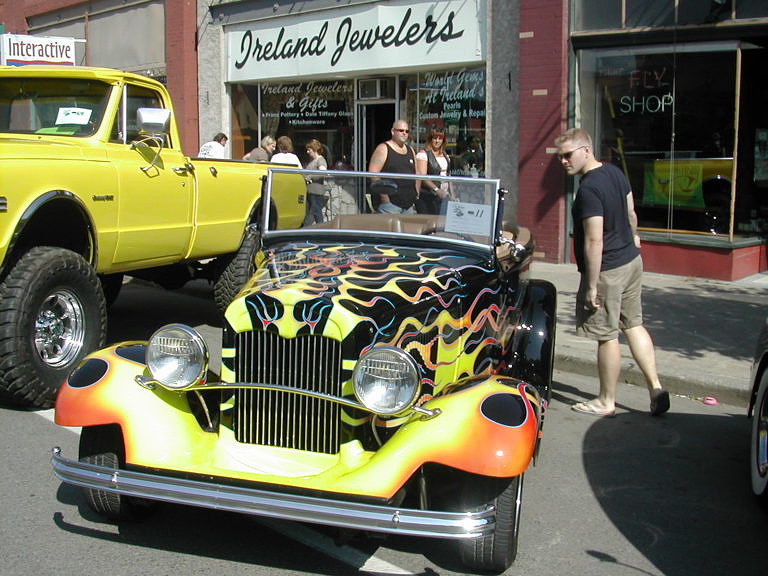 (This viewing posture is “interest”. The longer we stayed, and the more classic late-60s muscle cars he saw, the more his posture changed into all-out covet. Shawn was equally afflicted – apparently in high school he’d stalked a classic car of some sort (clearly my attention level for the details of make/model/year was dysfunctionally low) and his heart was broken when a mechanic declared the thing impossible to drive safely/a bad purchase. As we walked, there was all sorts of talk about emptying our garage so that “we” (Shawn and Kevin) could use it for side by side muscle car rehabilitation. Desires certainly die hard.) 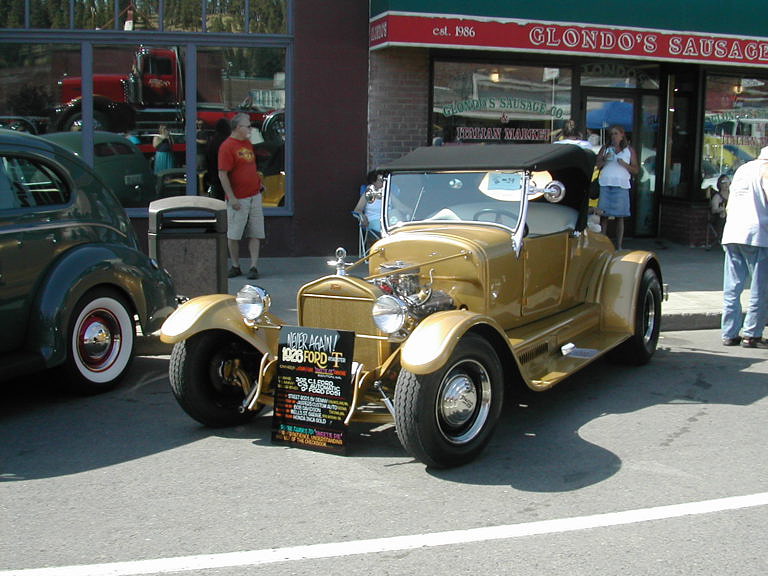 (They are such elegant little things, but how tiny!! Current-day Americans would not fit. I love the long stalk of a shifter.)

I have an abiding love of the fins on these cars. They are truly boats, but if you drove something like this, you would feel swank. Need to buy the matching sunglasses and scarf first, though! 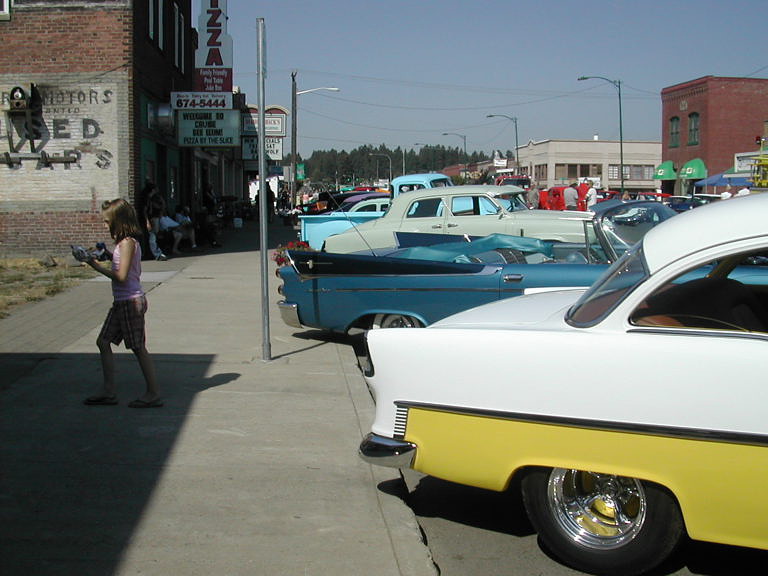 My favourite/most unique car looked like something straight out of the Jetsons. Or perhaps the Pixar movie “Cars”. 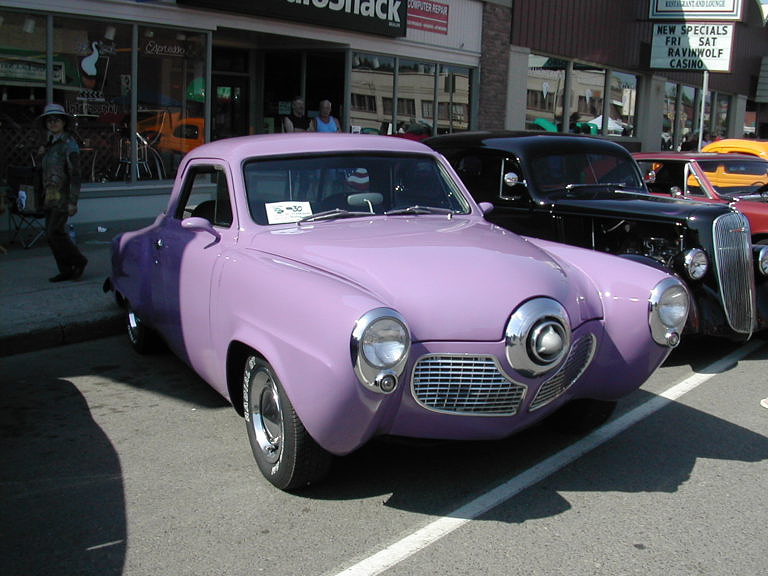 I love the lavender. Kevin pointed out that the back almost looks like more of the front than the front does. 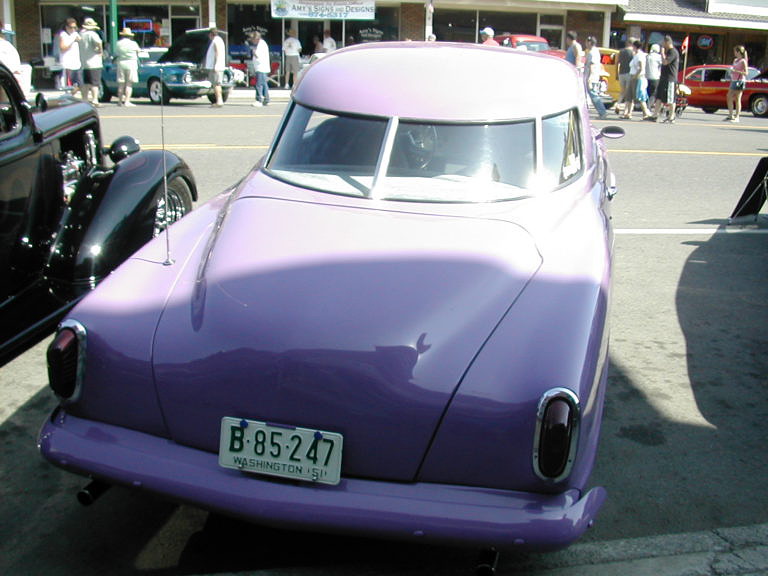 Such a fun diversion on the way home!