When we switched to the Amanda-and-Brian lights for our tank, our old light stand no longer worked. This has many repercussions – it’s harder to do daily maintenance and cleaning on the tank, airflow suffers so the lights heat up more than they would if they were lofted (and the water below them heats up more, too), and the water in the tank doesn’t oxygenate as well because there’s less airflow over the surface. Also, while Kevin was able to get one of the light fans to work, the other one seems to be shorted out, and probably not worth fixing. This shortens the life of the bulb and raises the temp of the fixture.

I’ve been trying for the last two months to find prefabricated stands that would support the lights above the water, to no avail. The light brand is Finnex – totally unheard of by google, except for integrated systems (where you buy the tank, stand, lights, filtration, etc as a package). The Finnex lights that we have present a single dock in the middle of each end to anchor a stand, but are completely incompatible with any of the other commercial lights’ stands on the market today. After many hopeful internet and store-based searches, I finally decided to craft a homemade solution.

I decided to use wood as the pedestal to support a metal brace at each end of each light. Experimenting in the hardware aisle, I found that 1½ door hinges fit perfectly into the light braces. I also found that two ¾” x ½” corner braces per wood pedestal would support it along the top of the tank.
Kevin used the Sawzall to cut the steel into sections according to my measurements. Then, for the first time really, I used the drill for a long series of assembly. (Usually the heavy power drill is Kevin’s – it was a good confidence boost to learn to use it over the course of this project.)
For both lights, the entire lift system required 32 screws, into hard to balance 1″x1″x2.5″ wood blocks. My first version was too tall, and the lights cast too much against the wall and not enough into the water. 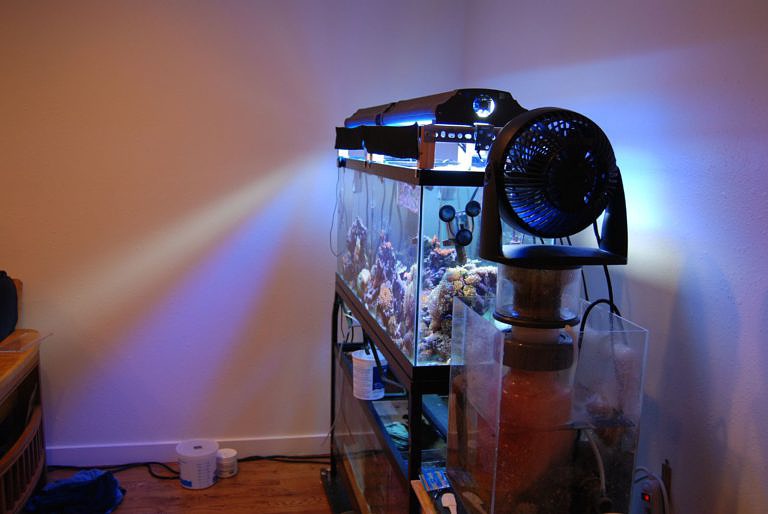 I spent a while unscrewing fixtures, cutting down blocks by an inch, and then rescrewing. 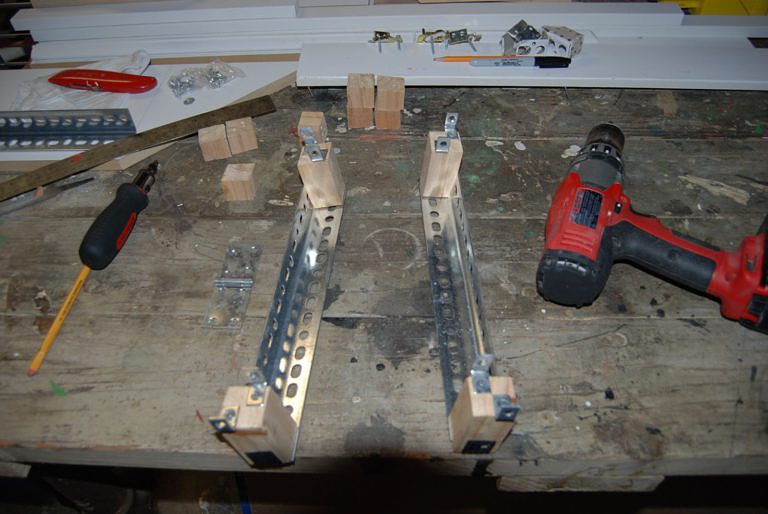 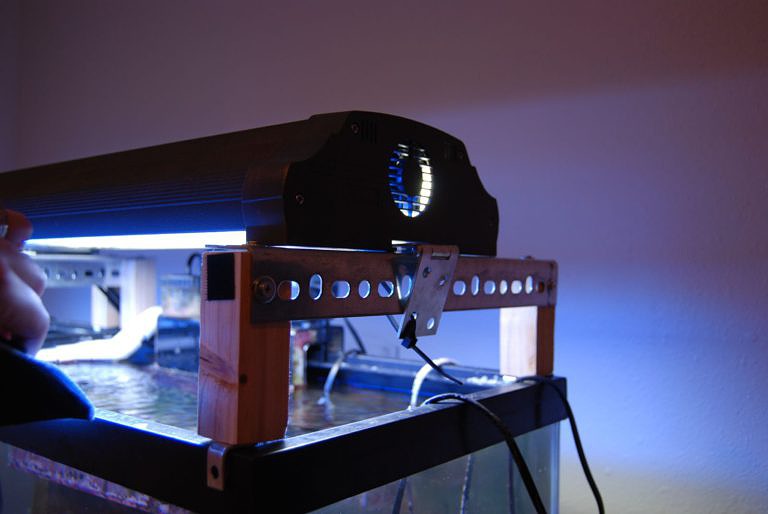 The hinge slips through the channel at the end of the light, and then I used plastic zip ties to cinch in the two ends of the hinge around the steel support. 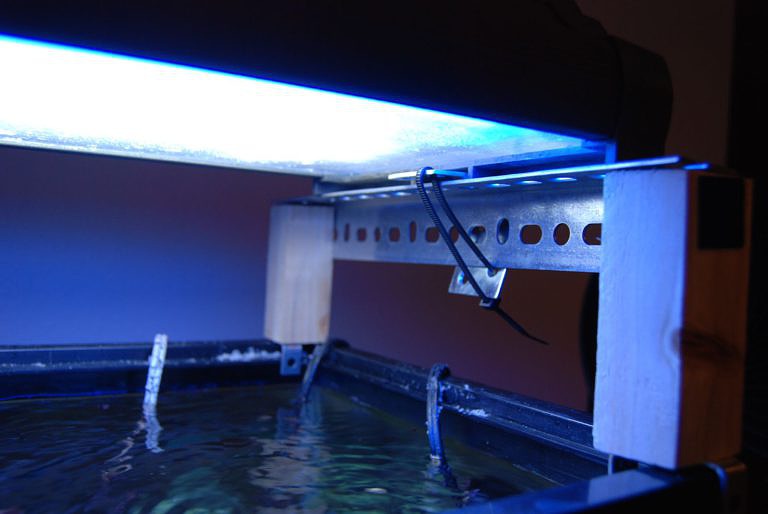 There are many advantages – it’s stable, you can slide the light front-to-back, and if we need to remove the light from the support it’s a quick scissor cut and then cheap and simple to replace.

Once I was happy with the height, I whipped out the sewing machine to create black shields for the front of the tank to block the light in the gap. After a little bit of experimentation, I filled them with poster board. This was a dumb decision, since paper will be brought down by salt water evaporation. How stupid of me. When these wilt, as they inevitably will, I’ll replace the paper filling with felt. In any case, the fabric shades are attached to the wooden posts with adhesive velcro tabs.

The weather has calmed down a bit since I set up this system, but still: way fewer/less-dramatic temp spikes in the tank due to better airflow, and a reduction of algae during hot periods. A success already. 🙂 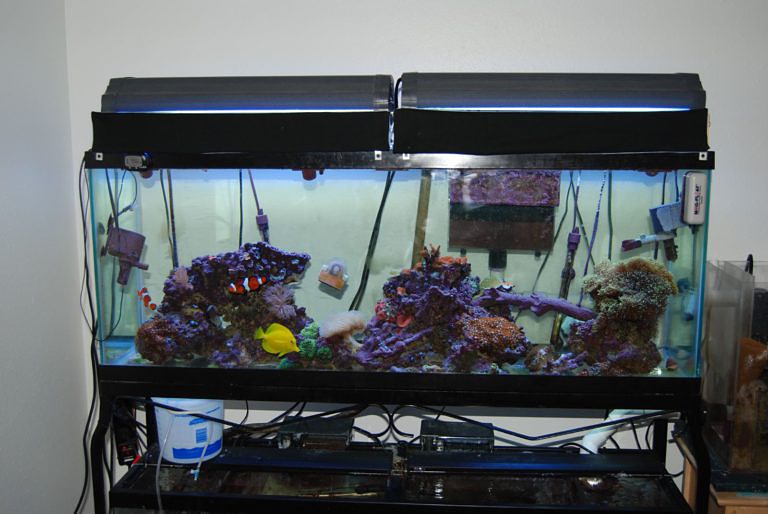 One thought on “Fish tank lights!”