We had a plumber in two weeks ago to run a new line to our ice machine. The line that came with the house used a saddle valve (which is apparently tantamount to begging for a gushing leak in the crawl space AND they’re illegal in our town). The poor guy had to go down in the crawl space, dig through our new insulation and resolder our pipes in the cramped dark. Plumber rates are impressively expensive, but better him than me!

I’ve been delaying this post, for fear of sudden leaks. But, we have ice!!! 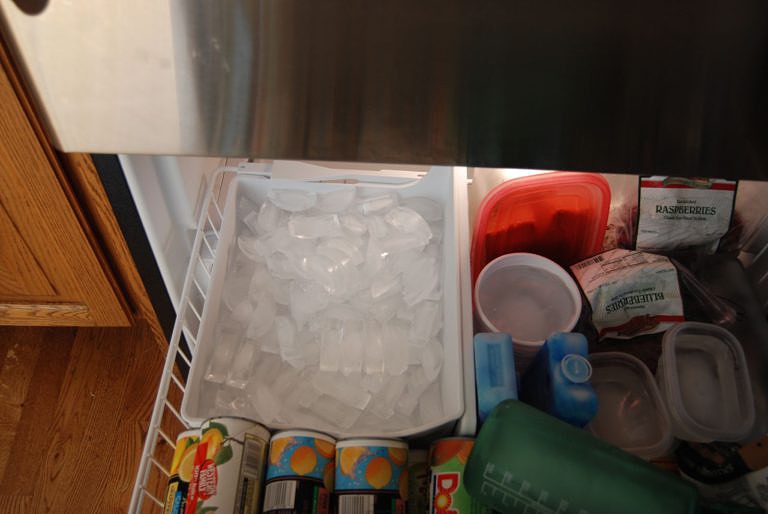 We’ve been making our own ice cubes since October. I’d sort of gotten used to the inconvenience of it, but I can’t tell you what a treat it is to have a full tray of ice. We had four ice cube trays before, and they’re all washed and away in the upper cabinet. (I’m keeping them in case I decide to make mini popsicles, or raspberry-mint ice cubes, or some other rare and unlikely delicacy. You never know.)

The other very exciting thing is that there’s now a shutoff valve for the ice maker water line under our sink!! 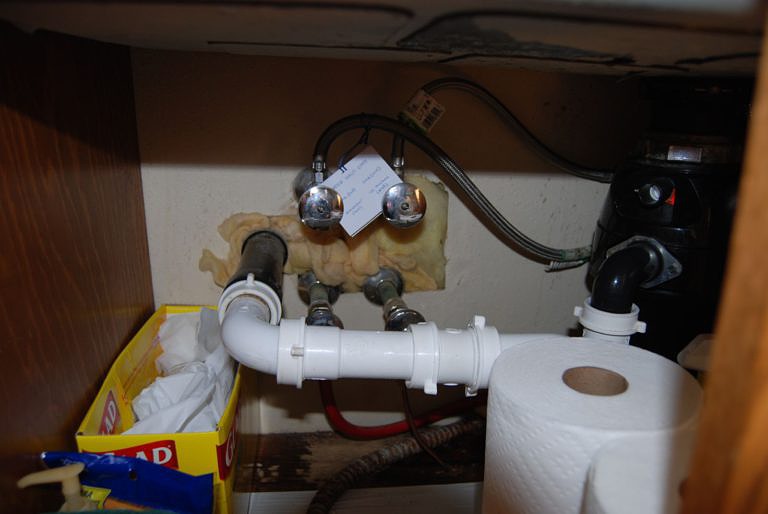 (It’s the bottom-right.) The plumber also told me what the three existing shutoff valves do, which is useful knowledge. I wrote it on an index card that’s now tied under the sink so I don’t even have to think if I need it. Having experienced an ice machine line failing, I am VERY happy to know how to kill the water if need be. 🙂

In other news, we’re a few days away from our first ripe tomato! 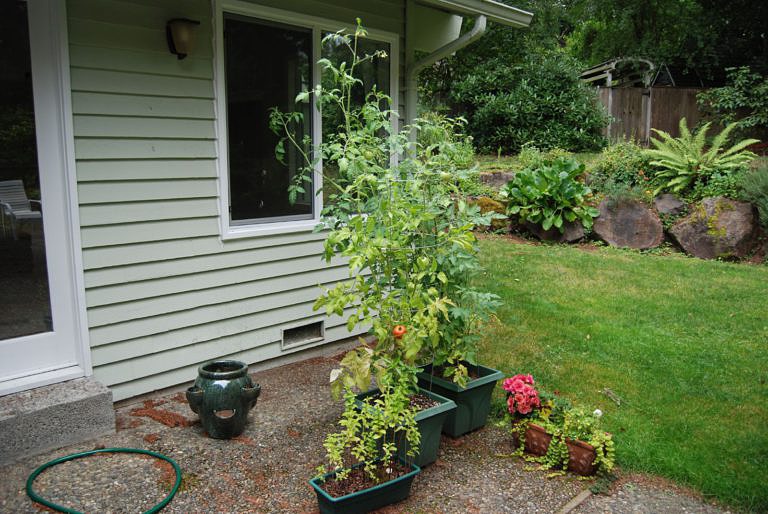 In addition, on the last day of August, there are about 5 other green tomatoes, and around a dozen green cherry tomatoes. Wow, the weather didn’t work for tomatoes this year. (Though you can tell it’s been raining here – the grass went from semi-scorched to fluorescent green). I suppose it makes sense, since I didn’t get them in until the last week of June (the temperature wasn’t consistently above 50 at night until then). The tomatoes are Early Girl, but you wouldn’t expect fruit in less than two months anyway, and we’ve had our fair share of cool and cloudy this summer. I’m excited about that one fruit though – we’ll savour it, regardless of what the rest of the green dudes end up being.