I have always been a bit of a hoarder – someone who forms emotional attachments to things that I own. In one of the spheres that this makes the least sense (technology), I cling even more strongly and keep things well beyond their shelf date. Probably not an uncommon flaw. My ’92 walkman was in constant use until ’03. My ’95 stereo (with dual cassette, 3 cd changer, and am-fm radio) is still sitting in our dining room, much to Kevin’s chagrin.

My parents gave me a monitor for my 21st birthday. That sentence is so blasé, but the import to me at the time was enormous. It was an affirmation for me of how proud my parents were of my impending college degree, and a recognition of how much time I spent working in front of the computer . I was just coming off of a Microsoft internship and starting my senior year as a computer science major. Kevin (who I’d just barely started dating) was jealous. Having something at the leading edge was a deep thrill. Plus (and I cannot overstate how cool this was) – I was so happy not to heft my 19″ CRT up three flights of stairs to my dorm room. Yay, LCD!!! There’s something to be said for hauling crates of textbooks and treating the feather light computer as the bonus round.

Six years later, though, especially given how frequently I work at home, I’m ready for more screen real estate. I’ve been clinging to my 17″ LCD because I love it, but something finally clicked in the sensible portion of my brain two weeks ago and I’m ready for much, much bigger. 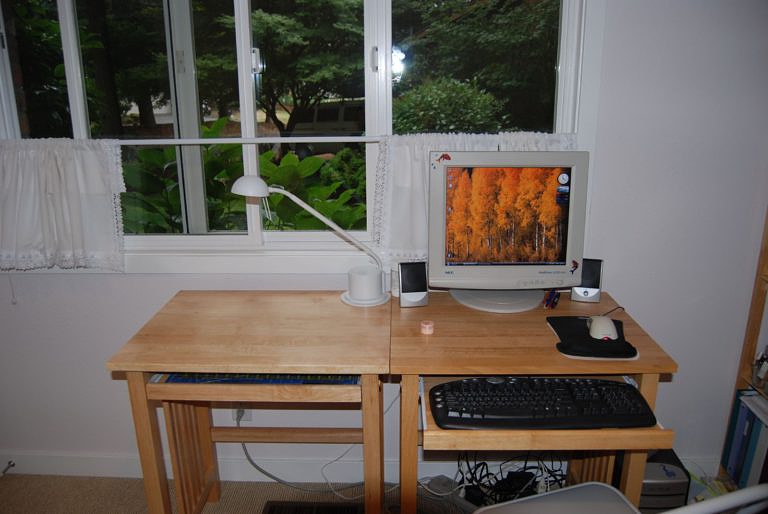 Here are the two side-by-side. 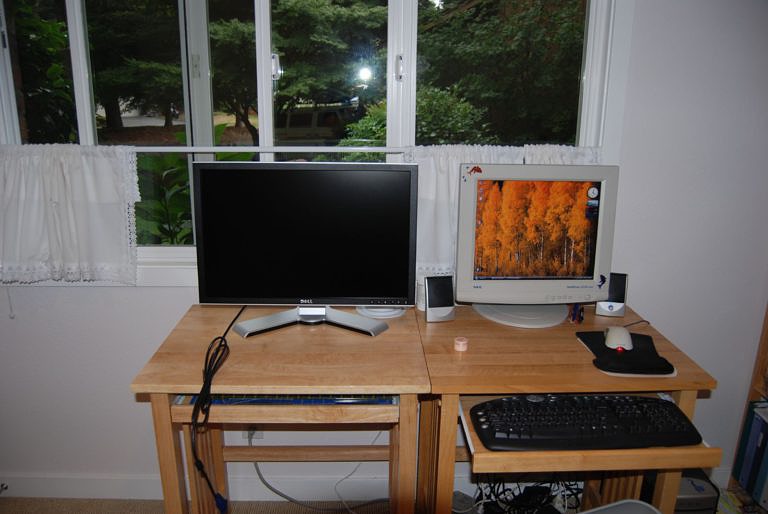 Note how tiny the 17″ screen is (despite the larger frame). Crazy. And here’s the new monitor, displaying side-by-side word docs with plenty of space to spare. 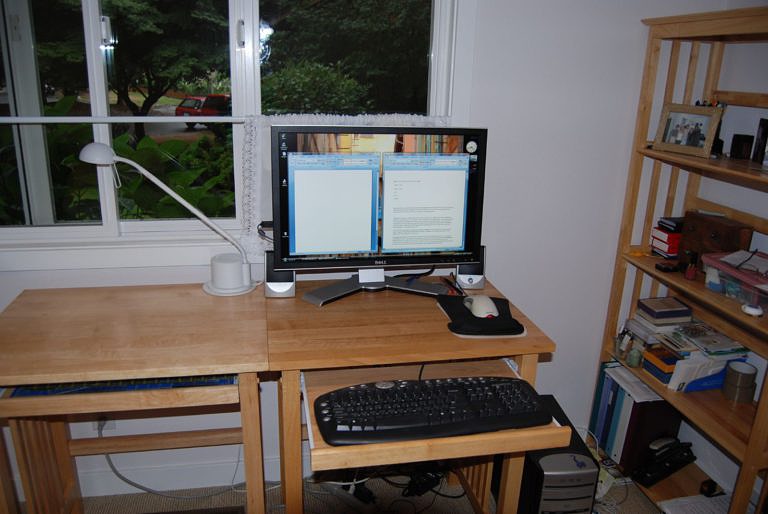 WOW. How very cool. And Kevin keeps coming into my room and exhaling in wistful, covetous sighs…Yay for still occasionally being the one to up the technological ante.

One thought on “RIP, wonderful monitor”