We left on Wednesday evening for a trip to Ohio to celebrate Kevin’s cousin’s wedding. The timing was pretty awesome, because we also got to be there for Kevin’s Dad’s 50th birthday. Given that we generally have to celebrate all of the family milestones at a distance, it was a treat to get to be there for the real day (though I suspect we’ve set a high travel bar for Kevin’s mom’s 50th next fall…).

We red-eyed to the tiny (10 gate) Canton Akron Airport on Wednesday, via O’Hare. The early part of the trip was interesting, since we found an entirely new wing of the SeaTac airport – I didn’t realize that we still had any unexplored corners of it, by this point. It was sort of surreal to uncover new territory. Our O’Hare connecting flight kept being pushed back by 40 min for assorted reasons (no plane, no crew x2, and then some sort of mechanical failure), so it was about three hours after scheduled departure that we finally took off. I finally bought a neck pillow in the Seattle airport, which turned out to be one of the best purchases ever, and stole a pillow from United (I would have felt more guilt if they didn’t charge $15 to check a single suitcase), and so I think I managed almost 6 hours of sleep between the flights and the airport floor in Chicago. Not terrible, as these things go, though landing in the middle of the country at 2:45 am PST/4:45 am “real” time is still one of those out-of-body experiences to me.

We beat Kevin’s parents to the hotel by about 20 minutes – time for one and a half showers. We were planning to get there about 3-4 hours early and nap. Oops. At least we made it, and happily our luggage arrived as expected. We went out to a seafood and steak place for Kevin’s Dad’s birthday – delicious. It ended up being quite the group, with Kevin’s grandmother, Marge and Norm (the groom’s parents), and Kevin’s cousins Jackie and Joanna, plus her boyfriend Dana. Kevin Sr. and Neen at the restaurant: 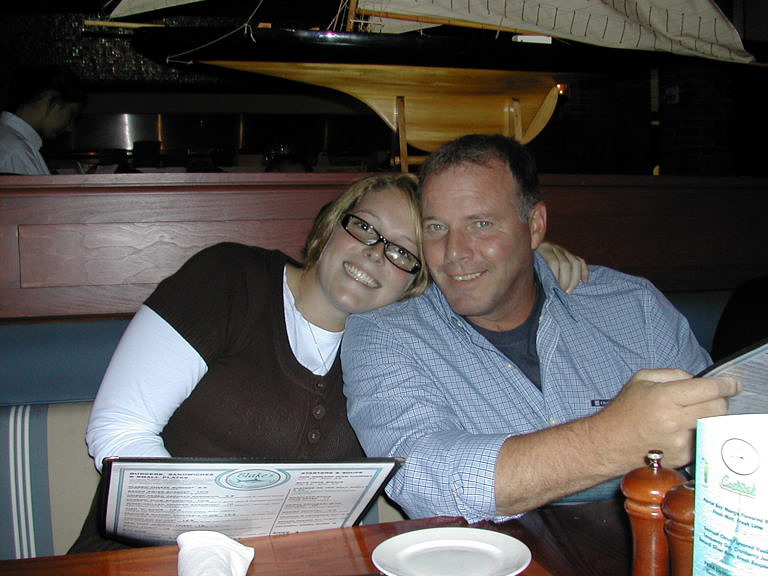 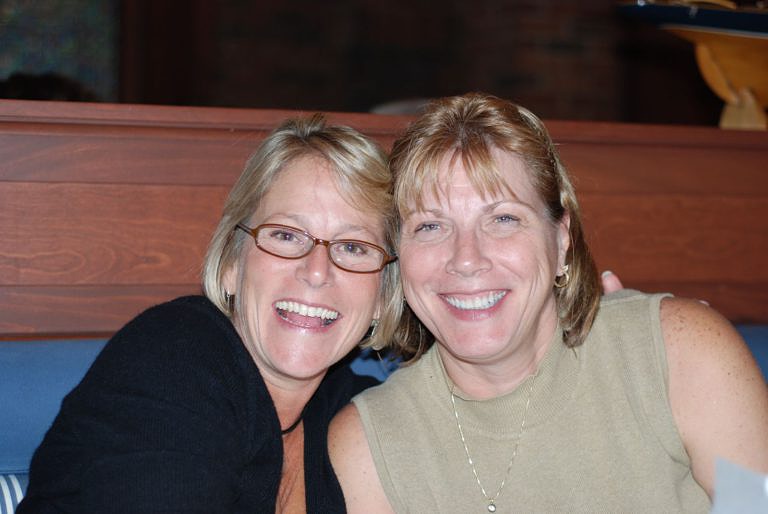 A few cocktails in, everyone had a great time with Kevin’s camera. 🙂 (We may have had to delete some of these gems to make room for the photos for the rest of the trip…) 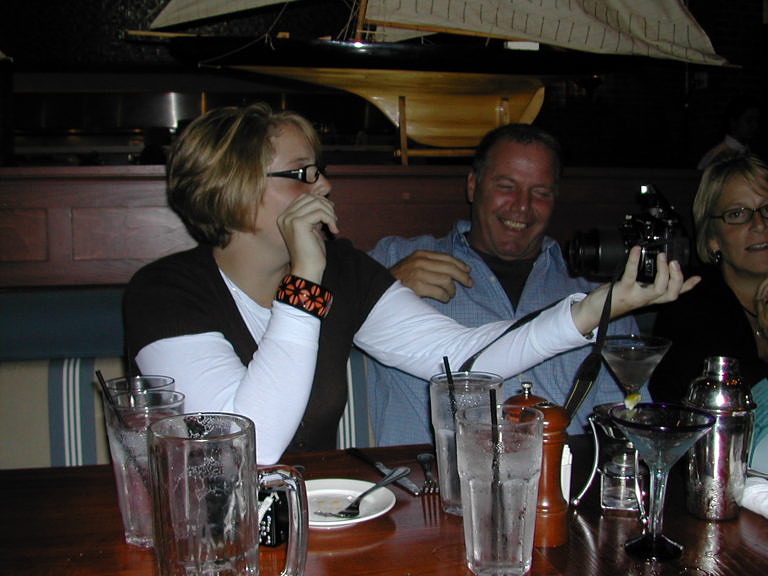 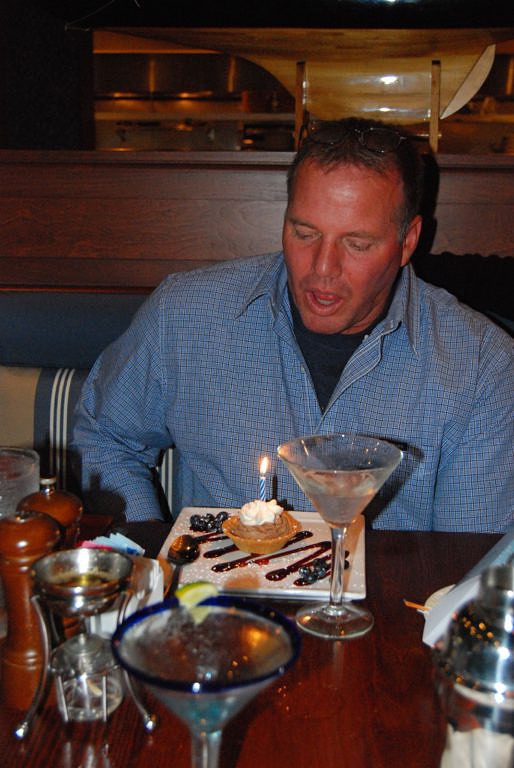