Once we’d booked tickets for the wedding and I was mapping routes from the airport to the hotel, I was startled to find that the route passed a national park (?!). Huh. (Looking at this map, you can see why I think of them as a Western phenomenon).

I don’t think that Kevin and I have too many stated joint life goals, but visiting all of the national parks is one of them. So what a fun surprise to get one for free on this trip!! The more I read, the more excited I got about it. The park is essentially a wilderness area that surrounds the Cuyahoga River, which is gorgeous in of itself but particularly interesting as the river was diverted in the 1820s and 30s to create the Erie canal. (Upon further research, it’s not the Erie canal of fame and the kid’s song, which was built in New York, but the Ohio & Erie canal. Same concept and still cool.)

We only had a few hours so we went to the Brandywine Falls. It’s apparently a “bridal veil” falls – appropriate since there was a (huge) wedding party taking photos when we arrived. 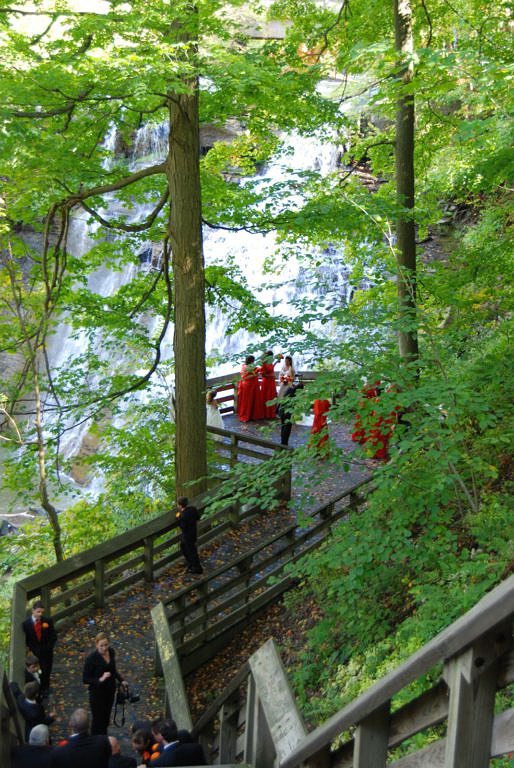 Fun to see all of their dresses and flowers. 🙂 The walk around the falls was very national parks, with wooden trails to different scenic areas. Here’s Kevin’s family with the falls: 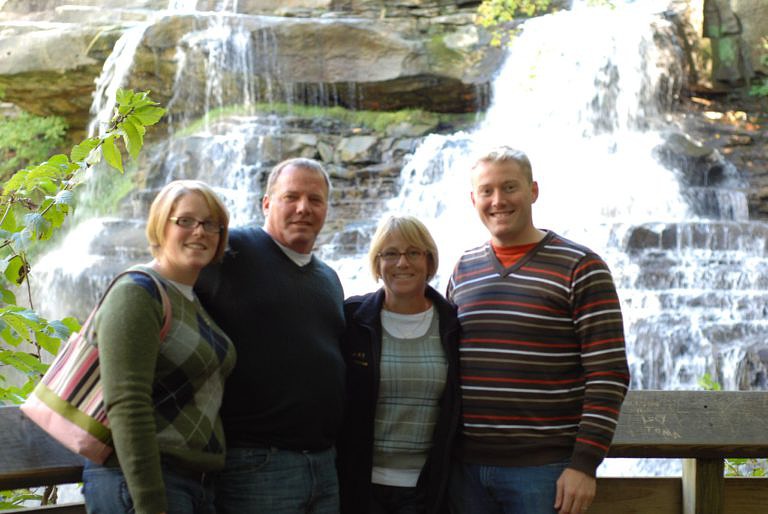 And Neen with some of the neat, neat rocks that lined the trail: 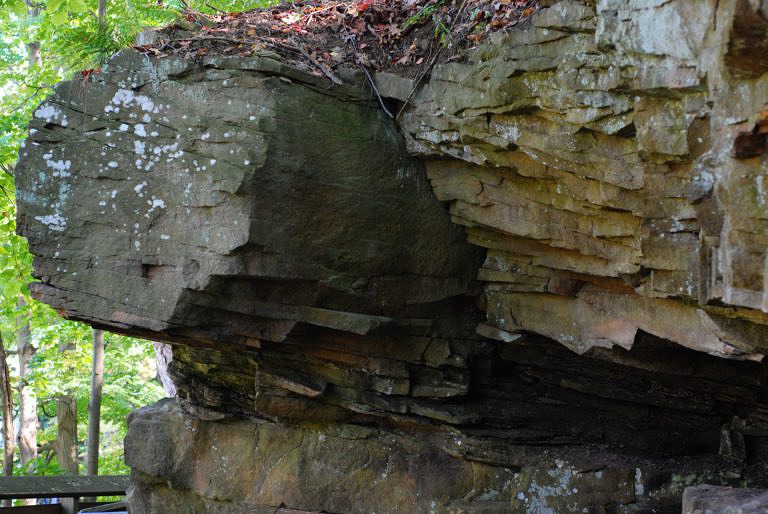 The path led up next to and then over the top of the falls. It’s such a pretty, relatively tiny creek compared to all of that water. The leaves were still almost all green – I imagine that they will be flaming and gorgeous in a few weeks. We’d see a branch here and there that was scarlet or yellow in the sun, but the real color was still a ways out. There was an inn on the opposite back — looks like a pretty gorgeous place to come spend a weekend. I would have loved more time to explore. 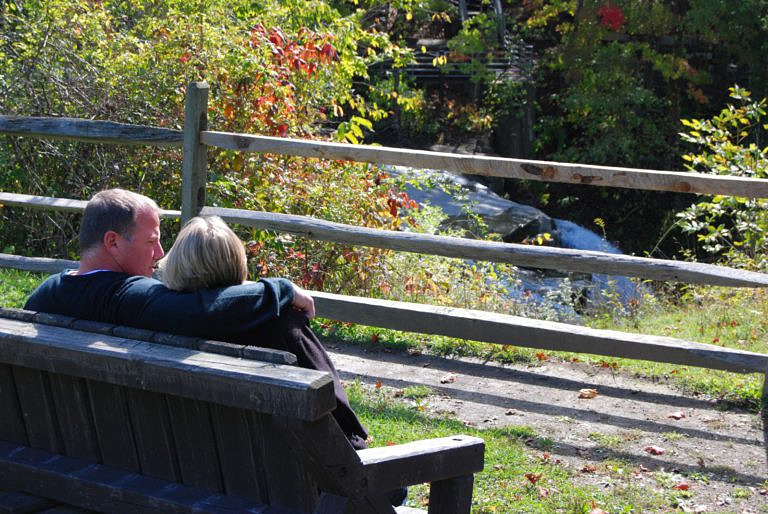 Kevin zoomed back to the rehearsal, and the rest of us drove north through the park to the Canal Visitor Center (sadly, closed, though we got to see one of the locks and there were lots of educational signs). The crickets when we got out were something else. Each step would send about twenty leaping to safety. I’ve never seen anything like them – crazy Ohio Cuyahoga Valley crickets. 🙂

Some stats: The Cleveland to Akron canal rose 395 feet over 309 miles and 44 locks. It was completed in 1832. The lock we saw could raise a boat nine feet. Apparently, Akron had 21 locks over two miles, and it took boats 6 hours to get through them. It took 80-90 hours to cross the entire state.

My overwhelming impression of the whole thing was how tiny it was. The lock we were standing at looked about 12’ in width. The fact that something like that could alter the entire economy of a region is mind bending. And you picture the animals pulling the barges across the state in from the great lakes, and it’s a very powerful image. But then, you think how long it would take to dig those trenches by hand (can you imagine?) over so many miles, and the project seems huge. And, on top of all of that, it was only a few decades before the railroads put the canals out of business and you realize how fast our country was changing. I thought the whole thing was terribly interesting.