We got our final CSA bag this week! On one hand, it’s disappointing to be at the end of a great 22 weeks, but on the other hand we will still be working on squash and turnips and apples and tomatoes and plums for ages, so it feels a bit premature to be sad. 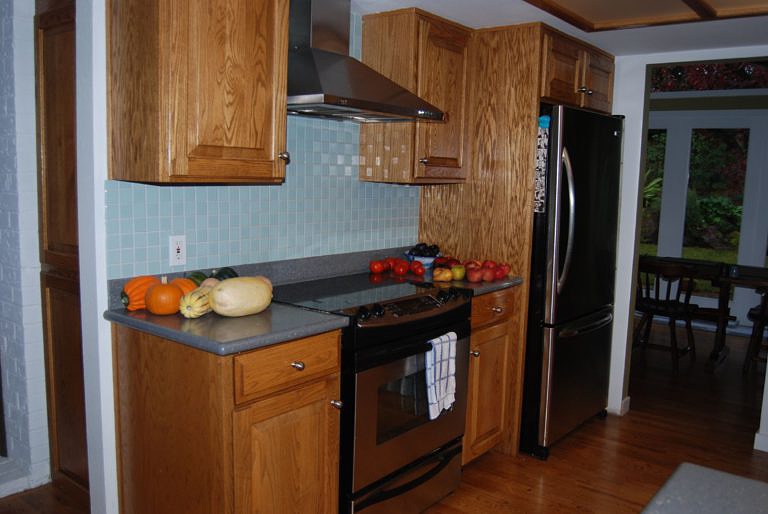 Several people have written to ask what a CSA is. CSA = Community Supported Agriculture. Basically, you buy a stake in a farm’s crop at the beginning of the growing season, and each week you get a big bag of produce. There are lots of different programs in the Seattle area, and all of the details are different. We went with Tiny’s Organic. (Organic was a moot point to us, but we liked that the bags were about ½ fruit instead of all vegetables. Most of the options are geared to about 4 people, and it’s easier to make it through an entire week’s bag when some of it can be used for baking, waffle & ice cream toppings, etc.) We paid about $40 a week upfront, and picked up a bag each week at a bookstore about five minutes away. There were lots of heirloom varieties of things, and we tried many vegetables for the first time. (Fava beans were a big hit, and we’ve loved the different kinds of arugula and herbs (esp cilantro). I’m so sold on winter squash, now, too.)

They included around 10 recipes each week – a major benefit especially when cooking something for the first time. We both loved unpacking the bag – it felt like a gift each week, and there was a fun element of surprise. Little things in life, but I love not having to pick out summer fruit at the grocery store (almost always disappointing) – just having delicious, healthy things appear was a treat. We probably broke even or saved about $5 a week on vegetables and fruit, so it wasn’t a major cost savings, but the only things we bought week to week were mushrooms, and tomatoes until August. Not bad. 🙂 And when we’re left to our own devices we tend to be a week of shopping and cooking/week of cheese sandwiches and pasta sort of people. It’s nice to have the fruit and non-frozen veggies just appear and beg to be used.

It wasn’t a total success – we couldn’t really keep up with the cucumbers or melons (a minor source of stress). Next year I’ll try making pickles and maybe we’ll just gift the melons to amenable friends. 🙂 We both wished for more beans, peas, broccoli, etc, though those crops were apparently a particular challenge with the weird growing weather this year. And I am still a bit baffled by turnips and beets – I buy that they’re great for you but I’m confused whether you can eat the greens and I need more recipes. Something to research in the off season, I suppose.