This was an insanely difficult secret to keep, but I knit a biking hat for Kevin for Christmas. 🙂 The goal is something that would fit snugly under his helmet, and keep his ears and the back of his neck warm during his commute in the cold months. I decided to splurge on Debbie Bliss Baby Cashmerino. The colors match his paniers (carrying bags that attach to his bike so that he doesn’t have to wear a backpack).

The yarn made the secret that much harder to keep – it feels heavenly, and it was so hard not to find him and share. 🙂 The pattern is based on Thorpe, but I revised it for DK yarn. I had to guess at his head size based on some surreptitious baseball hat measuring, and I ended up knitting it about an inch too big. 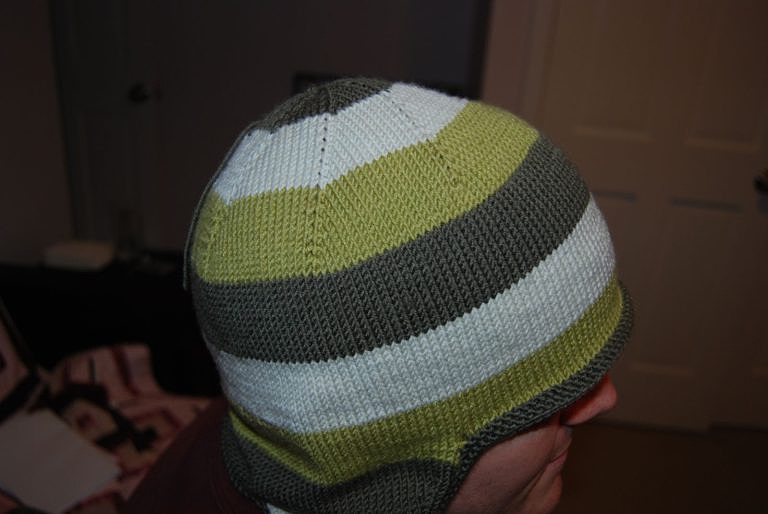 So now the project for the next week or so is to rip back and resize it – at least it won’t be secret this time!!