Kevin’s been making major progress on the bathroom – the holes are fixed, the wires for the bathroom light have been relocated, and he’s gone through many coats of spackle. We need to choose a paint color soon – it’s on the verge of becoming a blocking issue!

Funny story from last week:
Kevin bought an industrial-looking work light so that he could actually see what he was working on. We thought it would be useful to also hook up one of our table lamps so that the bathroom would still be available for non-spackling use. We agreed that it made sense to be able to switch it on and off (it’s too hard to see the outlet to plug the lamp in). I wandered off, back to my book, thinking we were in agreement. A chapter or so later, Kevin asked me to come in and see his work: 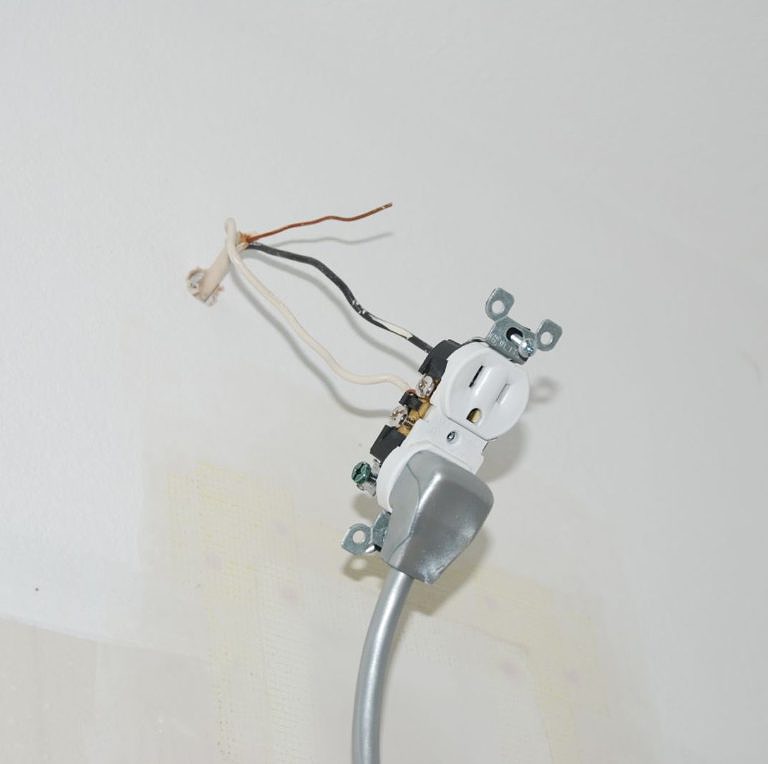 He’d found an extra outlet, hooked it up to the overhead light wires (which are in turn connected to the wall switch), added an extension cord, and voila: the light turns on and off. I laughed and laughed. We have a bunch of those plug extenders that you can toggle right at the outlet, and I was envisioning just grabbing one of those. I should have been more clear. 🙂 Kevin, next to his handiwork, holding the switch: 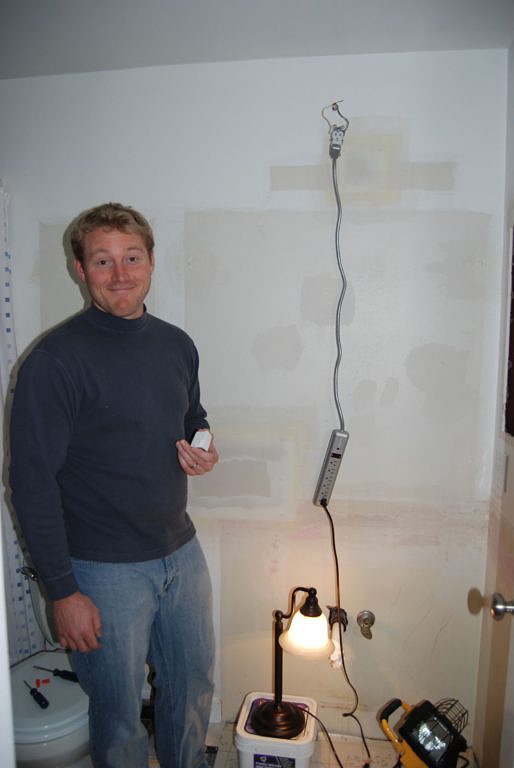