Within moments of blocking Kevin’s hat, I was already swatching for my next project. I’ve had this yarn sitting in my stash for ages, and finally came up with a perfect idea for it. The ball band called for #6 needles, so I cast on and away I went, then realized the resulting fabric was far too loose. Oops. I went down to #5 needles, then #4, and finally #3 before everything seemed like the proper fit. 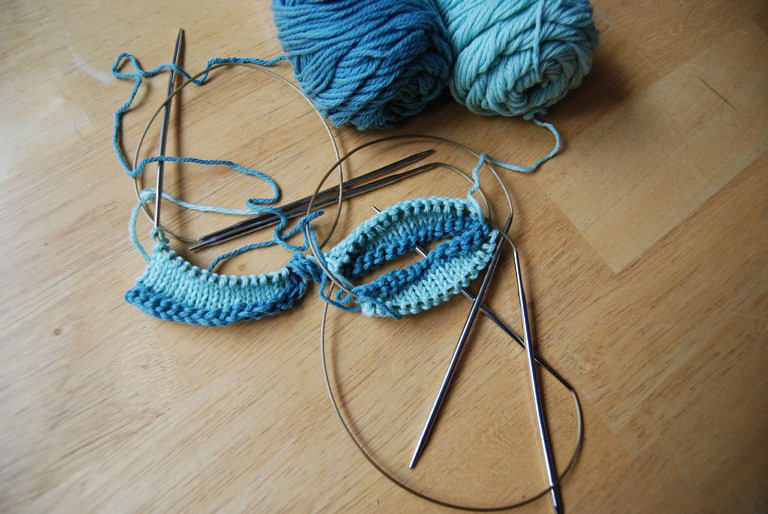 The good news is that the gauge is now a perfect DK, which will make the math nice and easy. (I’m loosely following a pattern, but it was written for worsted yarn.)

I’m planning to switch off in 2 row stripes, which I think will look great. My only concern is that the darker color seems prone to bleeding, and I want this to be machine-washable. The ball band says something about doing the first wash in vinegar – will that set the color? Prevent bleeding?

The colors above are quite a bit off. This photo is closer, but both yarns are a little bit more teal and less blue, and less saturated than they appear in this photo. 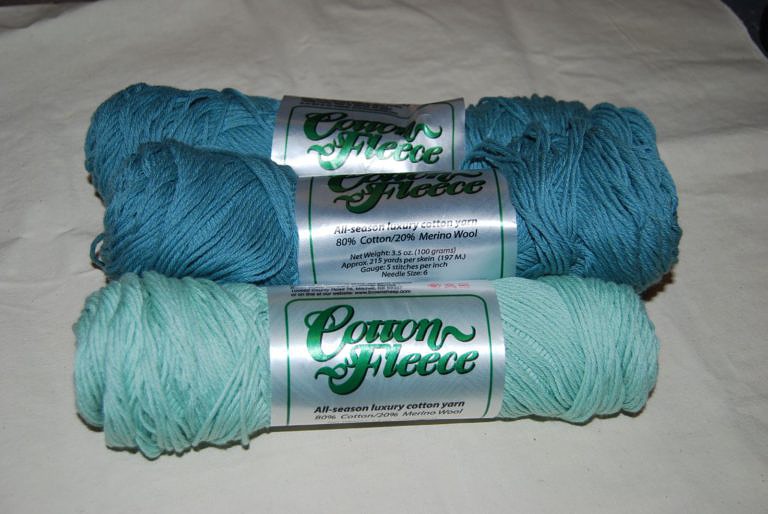