Kevin finished painting the bathroom last week, and I’d been mentally debating the color. It looked so much darker and just *yellower* than I’d been envisioning. 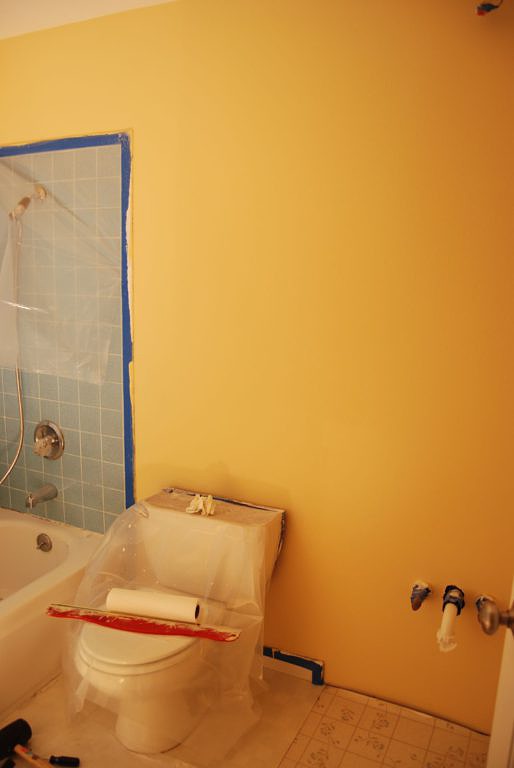 Above the tub (which we’ll be having refinished – white instead of that flat blue): 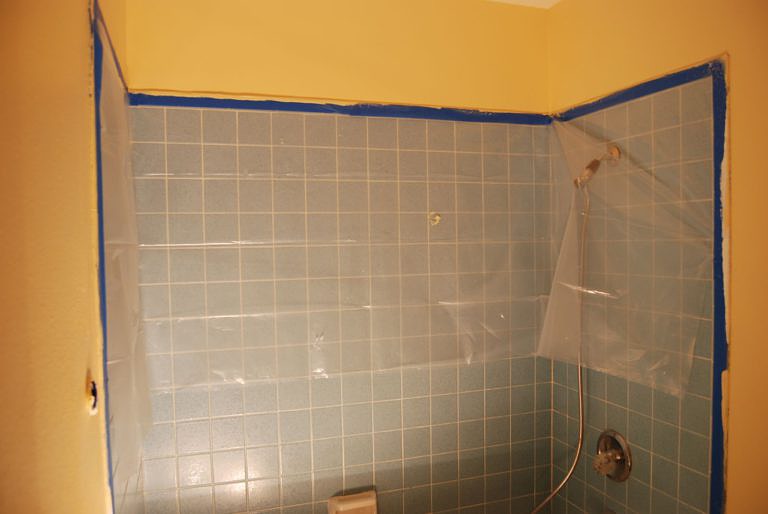 We took down the towel bars and face plates: 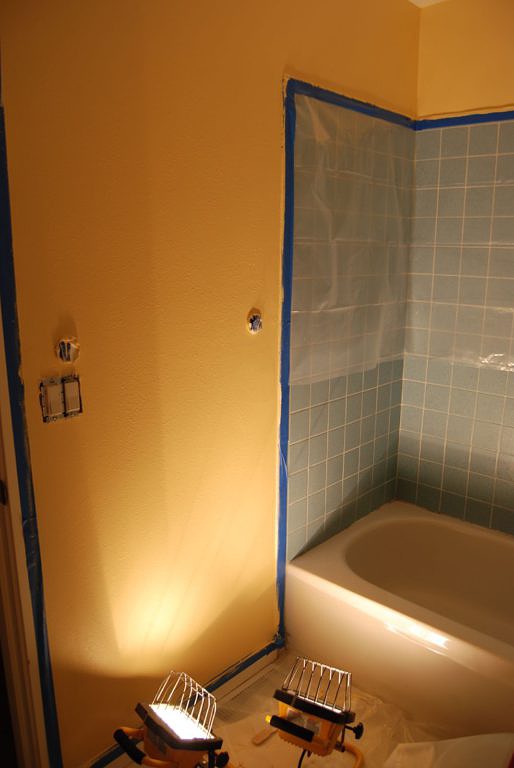 See? Isn’t that yellow? Qualms aside, since it didn’t seem worth repainting in a paler shade, I pulled down the blue tape, moved our heavy duty floor lights, and was amazed at the difference. We have our lovely yellow back. The blue tape must have just struck some sort of chord that made the yellow look supersaturated. I was also really pleased to see that the yellow coexists with our existing vinyl flooring without making it look dingy. Replacing the vinyl (and therefore moving the toilet) wasn’t ever on the docket, but I was concerned about that color combo.

We mounted the medicine cabinet – so pretty, and such a challenge as its interior is the exact width of the drill. 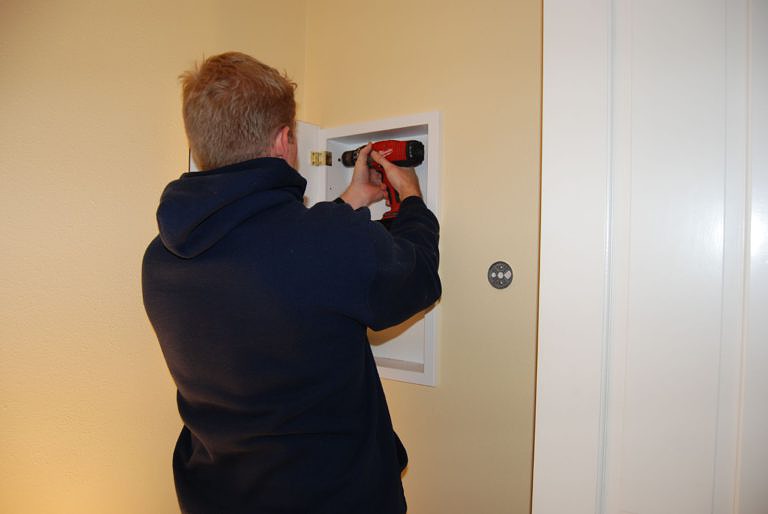 We had one of the best craigslist experiences ever. The old vanity had been sitting in our hallway for many weeks, so I decided to list it, the matching wall cabinet, and the matching medicine cabinet in the Craigslist free section. Within an hour I’d gotten an email from people hoping to take it away that night, and two hours later, it was gone. We were giddy when they drove away. The couple was cute – they’re getting married this spring and hoping to sell both of their 1BD places to move somewhere bigger. Since the market’s soft, they’re doing as many DIY cosmetic improvements as possible and they were delighted with the new bathroom set. I’m glad it’s going to such a good cause – I hope they find buyers.

Once the old vanity was gone, Kevin did a ton of work with the sawzall to cut holes in the back of the new vanity cabinet and cut a piece of plywood for the counter to rest on. He glued it all together, we got the vanity in position and screwed into the wall, and he started working on the plumbing and the backsplash as the clock ticked past midnight. Here was the progress right before I headed for bed: 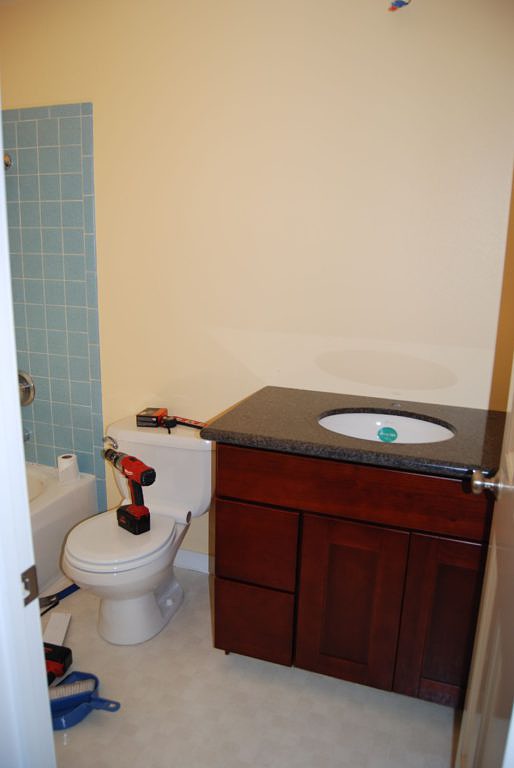 We still need a light fixture, but otherwise we are so close to being done. 🙂 And after many months of having a vanity in the middle of the fishroom, we can’t believe how spacious that room seems without it. The walk from the bedroom to the kitchen used to require dodging two vanities, and now the path is so clean and empty. 🙂

One thought on “Saturday Bathroom Progress”