This morning was wonderful. The light woke me up early (not something I usually can say!), and I had breakfast and noodled around on the internet before heading to prenatal yoga for the first time. The class was great, especially after a somewhat uncomfortable week, and I stopped at the bread store and the library on the way home. The afternoon was sunny and low key until Kevin called me into the kitchen around five because he’d spotted this enormous guy in our neighbour’s backyard. 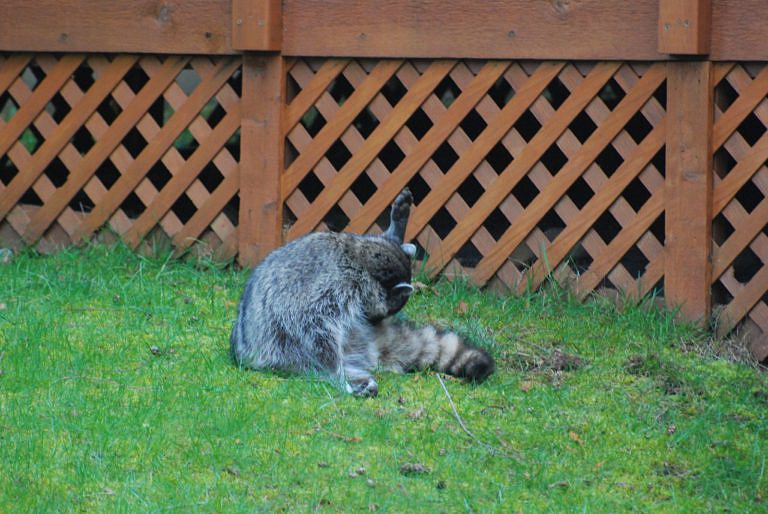 Cleaning himself like a cat, and quite the grooming and scratching session, but he was enormous. Despite the tail, I was still somewhat disbelieving that such a big creature could be a raccoon until he left his spot in the sun for a stroll across the yard. 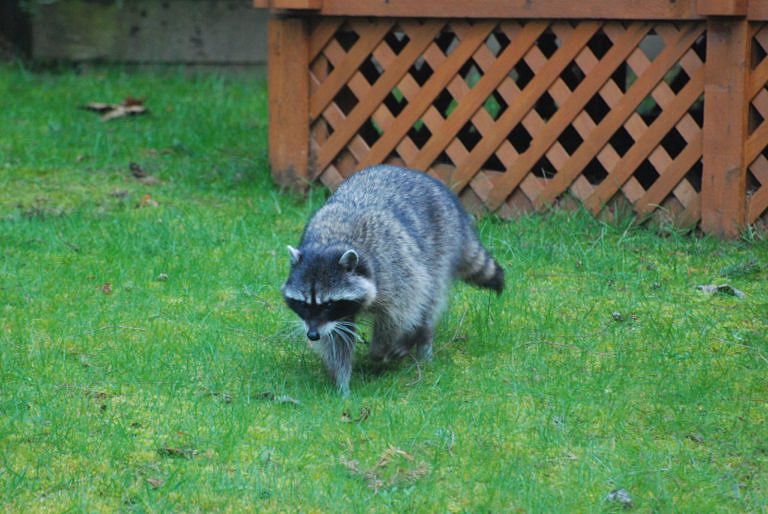 Definitely a raccoon. :-/ He wasn’t acting disoriented or odd, but I really didn’t think that they were sunshine sort of creatures? Maybe the Seattle variety gets confused when the days start really lengthening? Or he was as delighted to see the sun as the rest of us? In any case, I was decidedly less than pleased when he hopped over our fence (only five feet, no big deal) and started hunting in our rock wall. I don’t know quite what he was eating (those beetle larvae? Worms?), but his technique was very efficient: dig away, and then wipe the creatures off on the lawn before consuming. 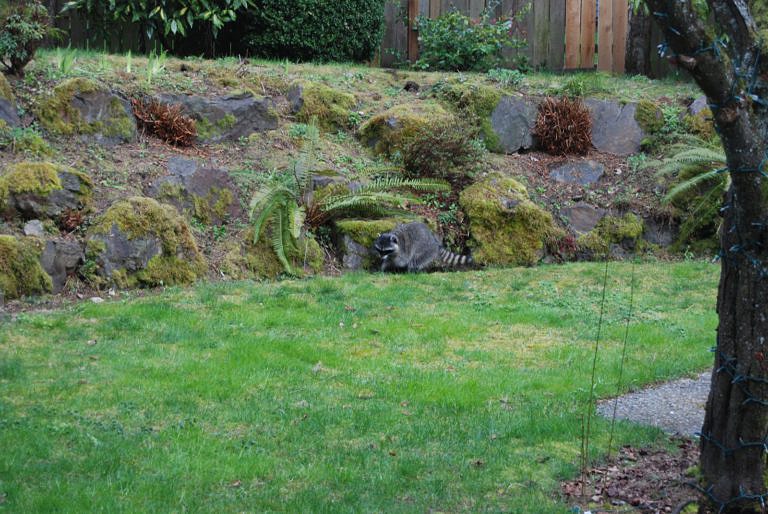 I was mostly just fascinated as he dug up whatever they were in front of the wall, since we try to keep that area weed/plant-free. When he started moving around in the beds, though, we decided that was plenty of a good thing and when to go throw things at him. He was very skittish, and scared easily, but unfortunately chose to scale one of our pine trees instead of just hopping the fence. The sound of his claws on the bark was the creepiest thing. You can see him way, way up (there’s an orange arrow, and you can see his tail hanging down off of the branch). 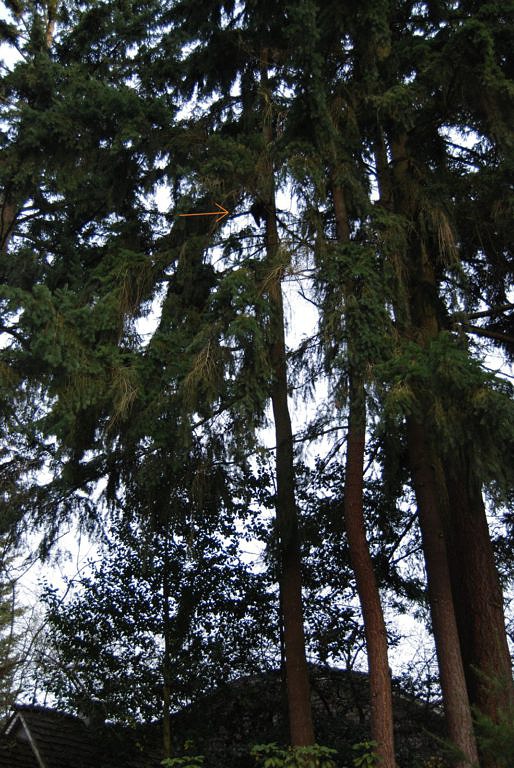 He finally came down and then Kevin succeeded in frightening him over the fence. I’m hoping his usual haunts are many miles away and he was in an exploring (but not settling) kind of mood.