When we ordered a new light for the bathroom, we also found sconces to replace the ones in our living room. The old ones were small and yellow. I disliked the color of the glass shades during the day… 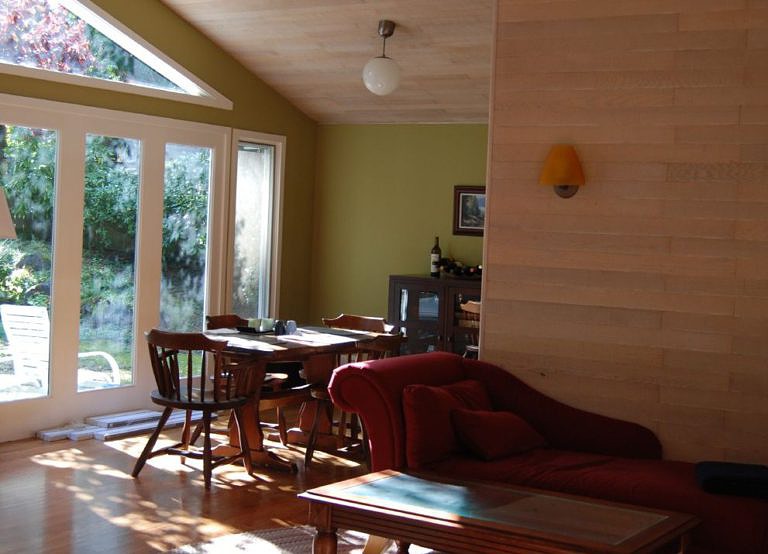 But they were worse when we turned them on at night, since the shades were opaque enough to block most of the light, and what got through was a dark yellow-orange that made skin look ghoulish and most colors look garish. 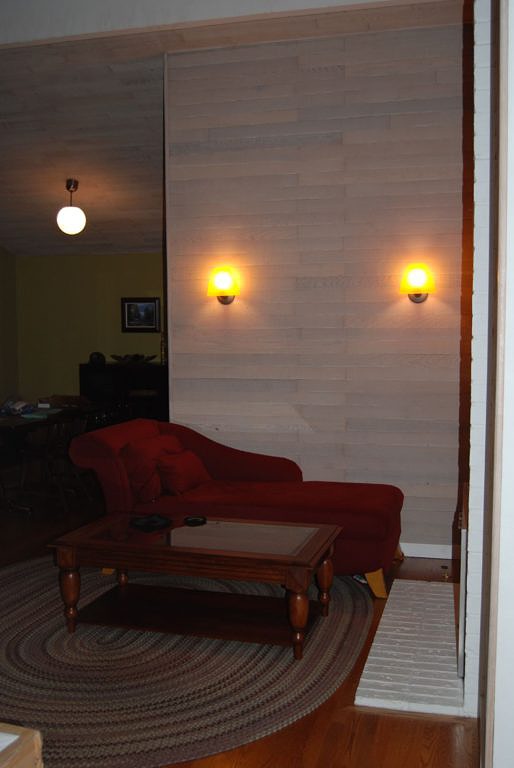 Lamps are such a matter of personal taste, but we found white art glass sconces that we both liked a lot. They’re bigger, so I think they look more proportionate on the wall, and the light is a much more natural color. We’ve had them up for almost two weeks, so you’d think that I’d be getting accustomed to them, but I’m still so happy every time I turn them on or walk by. 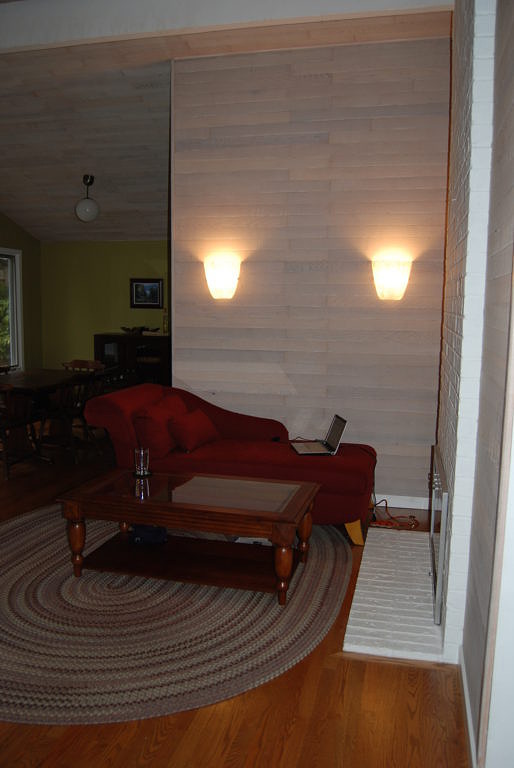 It’s hard to take a closeup of a lamp when it’s on, but I wanted to try to get some of the pattern of the glass. It’s a mixture of more and less opaque chunks, and I think it’s quite lovely, both on and off. 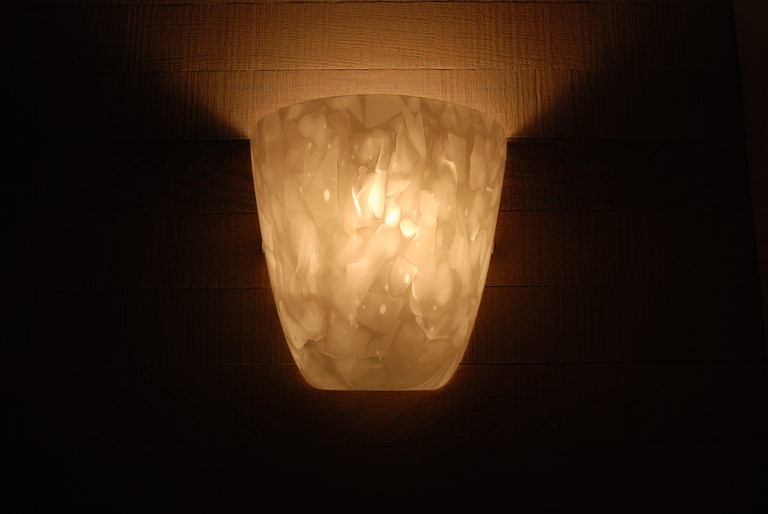