Now that the adorable owls are complete, I have fresh steam on my yellow and blue baby jacket. It’s knit sideways, so you cast on at the button band, knit across the left front to the sleeve, knit the sleeve, and then keep going around the back.

I have about three more yellow and blue repeats left until the next sleeve, so I’m finally back to feeling like there’s progress – for a while it just sat and even though I worked on the occasional row, I seemed to be having trouble making much headway.

The hydrangea is from our bush out in the front yard. I was so pleased to see the weight of the bloom had toppled it down into the dirt, since then I didn’t feel bad in the least about cutting it to enjoy indoors. It’s on day five and still looking quite pretty – I didn’t realize they made such nice cut flowers. We actually have three bushes (one under the office bedroom window, one by the driveway and one by the kitchen in the side yard), and this one is blooming magnificently whereas the other two are only barely getting started. I wouldn’t mind in the least if they bloomed serially and we got to enjoy the hydrangeas for longer! 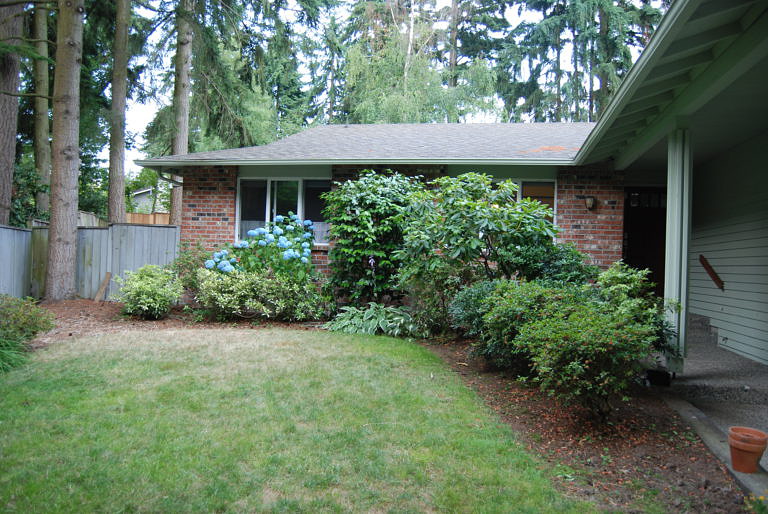 (I know it’s blocking the windows. Once the blooms are spent, I’ll trim it back down and the front of the house will look a bit neater again. That rhododendron in front of the right window, on the other hand, is a complete mess. We like it from inside the house – nice privacy and it’s fun to watch all of the little birds cavort in it – but it looks overgrown from the street. I wonder how hard it is to transplant that big a rhododendron?)

The first week or two of hydrangea blooms were so pretty, as the blooms gradually transitioned from yellow to blue. 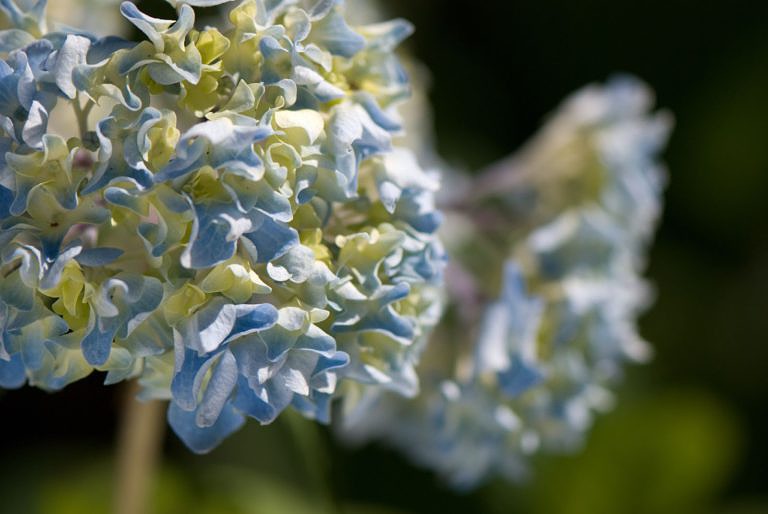 A great match for the baby sweater colors! 🙂