We’re watching Clack closely today. He (or rather She, after twelve years you would think I would have finally come around to hermaphroditic clown fish, but habits die hard)… he has gotten very pale and skinny, and has a white film covering the back of his head. 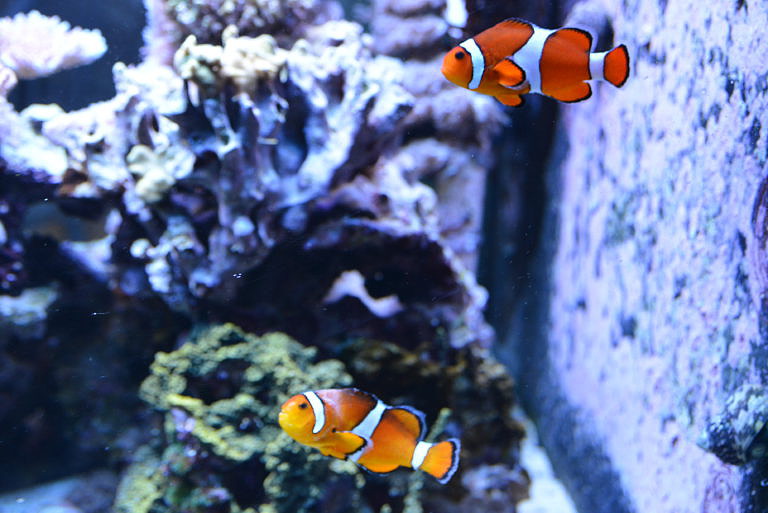 We’re lowering the salinity in case it’s just an infection that he can still fight off. He’s still swimming like his normal self, but isn’t eating, which doesn’t bode well. 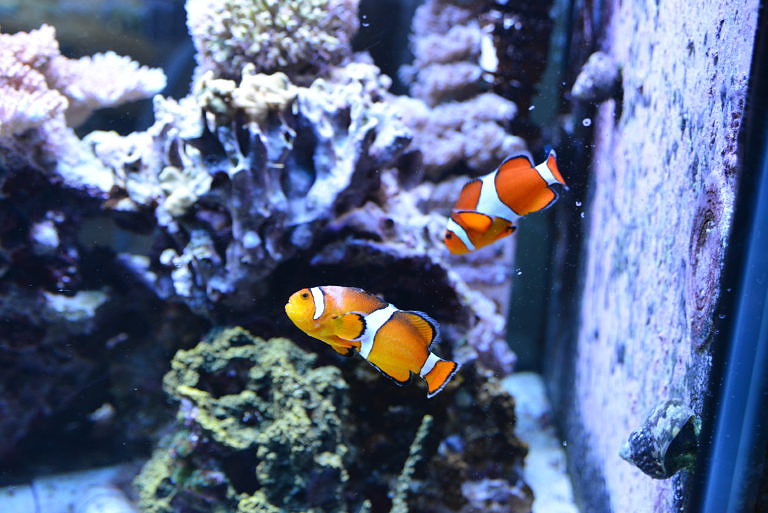 We brought them home January, 10, 2005 (when Sharon was here to visit!) and eleven years seems like a long life for a small fish, but I’m still hopeful Clack will pull through. 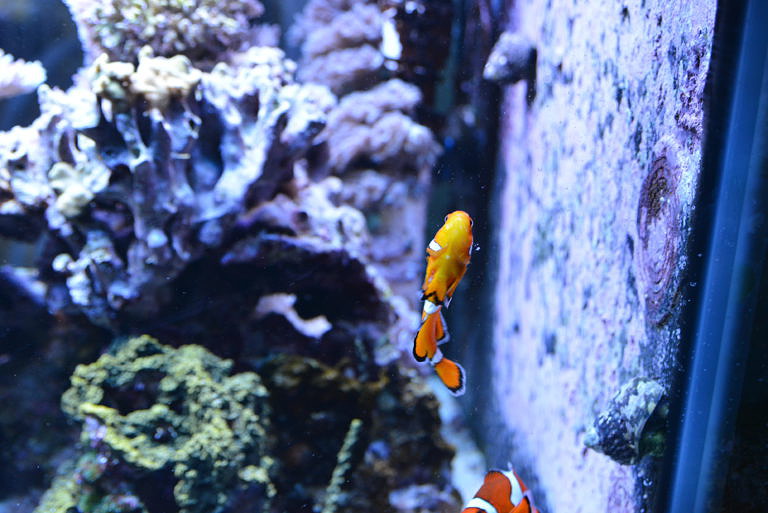 (Ollie was on the other side of the tank, hanging out under the big branching coral, but this is most of the gang.) 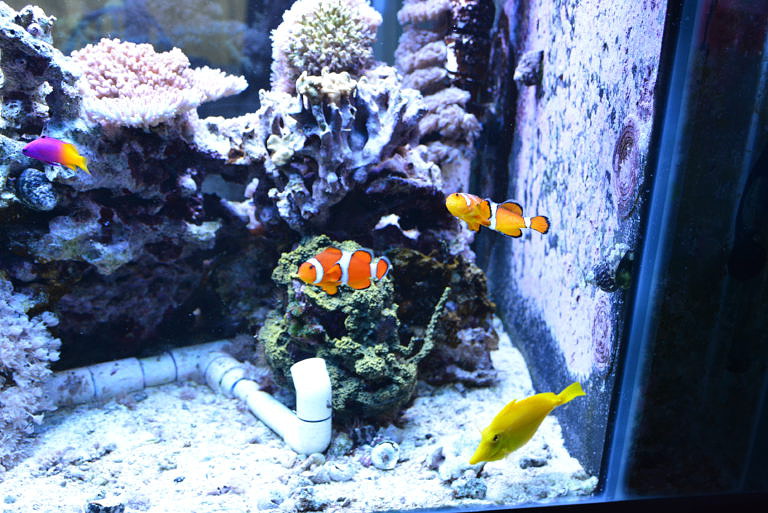 PS. As I type this at the brown table, I’m keeping an eye on the tank on my left, and watching it snow softly on my right. Beautiful. It’s been flurrying for the last hour, and then switched to real flakes a few minutes ago. I’ve been wishing and wishing for snow – we had one snowstorm in November 2014 and not a flake since, and I’ve missed it. Even if it doesn’t end up sticking, let alone turning the world all white, to get a snowy afternoon while I can sit with my coffee and watch it so quietly is a treat.