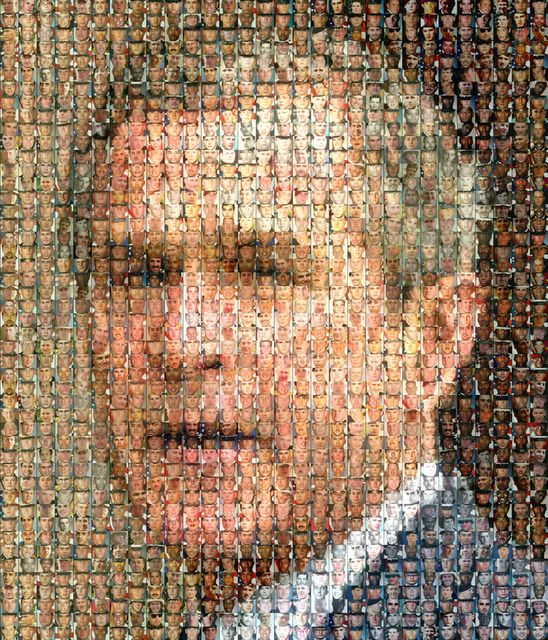 (From his website:“It’s a mosaic composed of the photos of the American service men and women who have died in Iraq. No photograph is used more than three times.”)

Today is a difficult day politically (both for those who are unhappy with four more years and for their interaction with people who aren’t). I don’t have much to say other than that I do respect the office of the president, if not the person holding it, and I recognize the value of the system that re-elected him, even if I’m not happy with the result. I did not plan to post a political message today.

However, I came across this image while surfing tonight, and it hit me very strongly. I think it makes an important and emotional statement, especially when paired with the artist’s (short) commentary on the public reaction to it. Such young faces, and such a mangled purpose.

So, in spite of my original intent, here’s a somber note of protest for January 20th.