In a nod to spring and an attempt to quell my desire for a real garden, we went out yesterday and bought new plants. The original plan was to find indoor plants, since right now all we have is this one, brought home from Kevin’s office when it wasn’t getting enough light there: 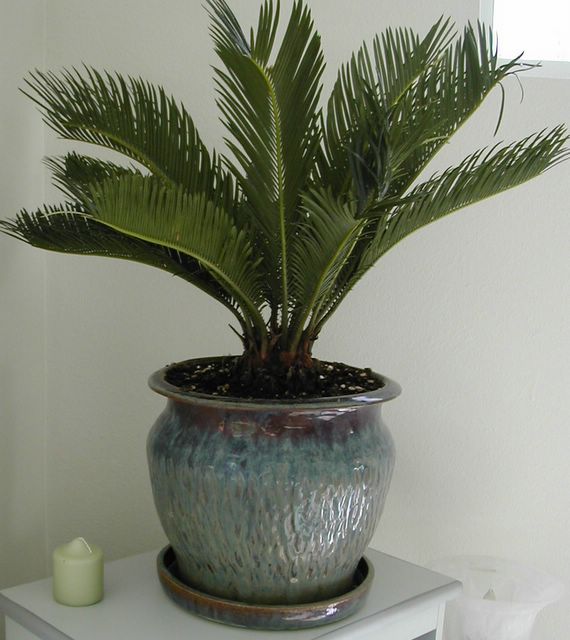 However, Classic Nursery only really has outdoor plants (good to remember for the future) so that’s what we came home with. I got gem pink antique viola’s and bacoba (small white flowers) to fill the hole left by last year’s impatients (center) in our planter by the front door. I don’t think it will be enough sun for them, but they’re very pretty for now and the people at Classic Nursery said that they’ll cope for now and in about a month it will be alright to put the impatients back in. At that point, I can re-pot them for the back porch. It’s also noteworthy that the elephant’s ears (broad red/green plant, center-right) is sending up buds which look like they’ll be a florescent salmon pink. The color is a little overenthusiastic, but I can’t wait to see them bloom. 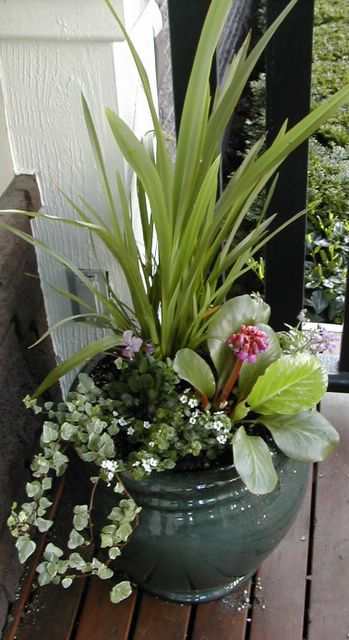 My herbs from last year are all still going strong. The pineapple mint completely took over the planter over the the winter so I ripped it back fairly brutally last week. I’m not sure it will come back, but if it doesn’t then I’ll plant something else in its spot and do a separate container of regular mint without much regret. The english lavendar is growing hard — it about doubled its spread over the winter and has grown about two inches over the last two months. I can’t wait till it starts blooming. The honey melon sage (far right) is looking good even after I trimmed it back hard in January. I love the flowers, but it tries to take over the pot and grows so tall that it blocks the other’s sun. I may have to consider re-potting this one, too. The other two herbs are mysteries to me — I lost the labels. I think the variegated yellow one on the left is some sort of oregano, and I haven’t the foggiest about the maroon/dark green one at the back. I’ll have to bring in cuttings at some point and figure out what they are and if I still want them. 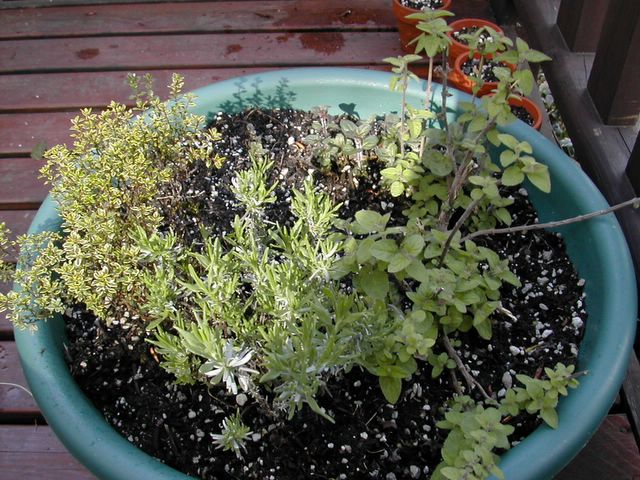 Given the early success with the herbs, I decided to try some more plants out back. Enter the dill, lettuce and spinach. I’m questioning whether both the amount of light we get and the size of the tub will be sufficient, but if it works out, I’d be psyched. Time will tell… 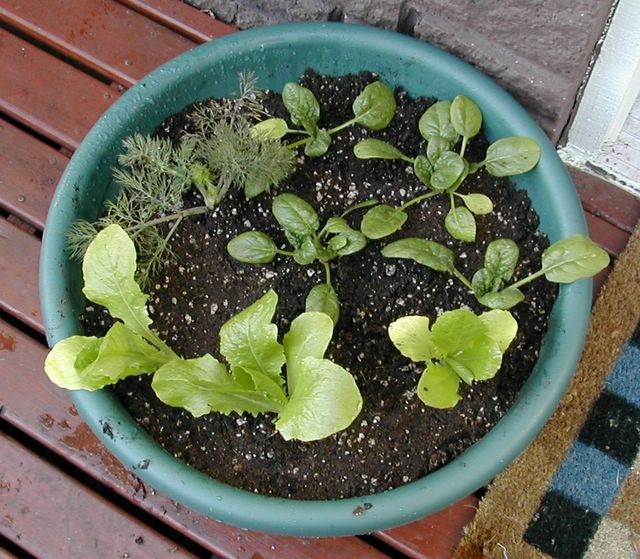 When it gets a bit warmer, I’m going to try another tub of basil, lemongrass and chives. I have a small planting of chives now (nearly two months old), but I bought them without realizing that they were covered in aphids. I tried spraying them with sugar water today, as a last attempt at attracting ladybugs, but I don’t think they’re long for this world: 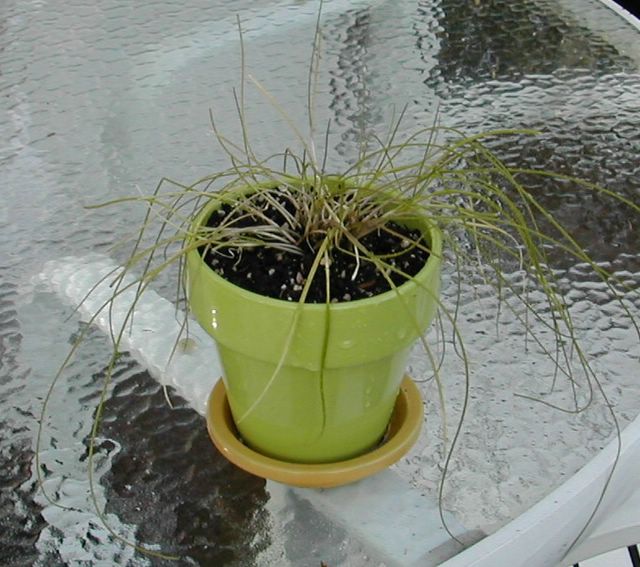 2 thoughts on “Testing out my greenthumb”