The abnormally long blog absence is due (at least recently) to me being in Florida, visiting my parents’ new-ish home for the first time. A brief recap:

The flights were uneventful, I slept through everything and got in on Saturday morning. We went to an amazing brunch on Sunday, then to the Miami Seaquarium and South Beach yesterday. The seaquarium was fun, though the tropical fish tank was closed and more information would have been nice about the animals they did have. I did get to see my first manatee! And baby (they have a release program there)! 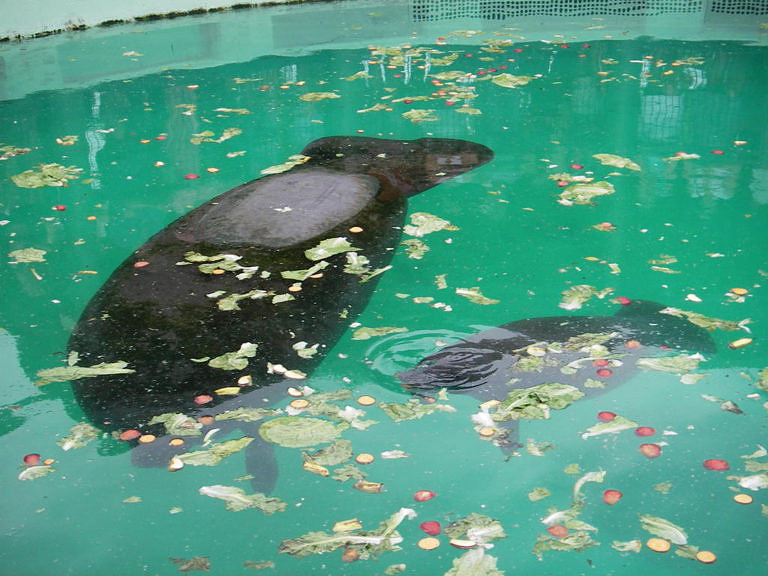 And we went to a fun little restaurant for a late lunch that offered boat drinks in a coconut carved as a monkey head (also a coin bank!!) that we could take home. We opted for the more sedate fluorescent orange plasticware.

In between the big events were some deck time (I’ve semi-lost that Seattle pallor), pool time, beach time, and serious wildlife viewing. My parents now live on a canal off of the intercoastal, and (possibly due to the full moon?) we’ve had major fish action. There are massive schools of bait fish that have been circling about, and then larger fish trying to eat them. Every so often you can hear either a cascade of little splashes due to the smaller fish jumping to flee (think the krill in Finding Nemo: “Run away!!”) or else one huge one that must be the jacks jumping. It’s quite cool. And then, to cap it all, they had an iguana (about 3.5 feet?) at the end of the dock: 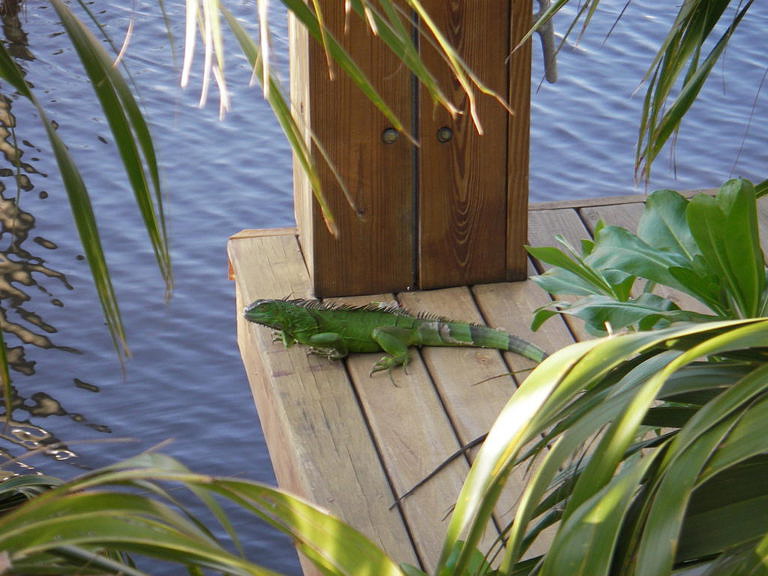 Kevin gets in tomorrow, at which point we can start focusing all of our energy on wishing that Wilma would glide away from southern Florida without causing any hoopla. 🙂