I’ve been working on the Multi-Directional scarf pattern that I got (for free! whee!) for joining the Multi-Directional Yahoo group. I’m using Ritratto, which I love, but have been having trouble finding good projects for. It was originally intended to be a Tie One On, but the pattern really didn’t work out. Then, I was going to make a waved scarf, much like the amazing one that Jessica had on her blog ages ago. After a valiant effort, it became clear that the color blocks are way too short for that sort of a pattern. Instead of a pretty, lively blue, it looked like a blue fuzzy mess with screaming patches of orange. I should have known better — I’m never a fan of variegated yarn and lace.

So, I switched to the multidirectional scarf, and now it’s flying along (woot, knitting on the diagonal). It’s an extremely satisfying way to knit, though it definitely violates my general rule of never knitting something that I wouldn’t buy in a store. 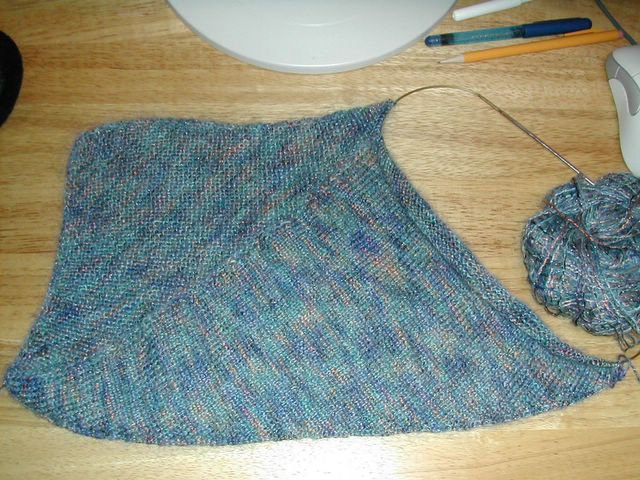