Finally done with the vexing hat! I don’t know why I can’t just follow directions when it comes to hats, but I always end up second- and third-guessing, then ripping. After two false starts, it was clear that my third try would be too long, so I condensed the decreases and finished up, then cut off the bottom inch and a half. Three inches into the ripping, and well past the point of ridiculousness (it’s a HAT! how long should it take?!), it occured to me that I’d made a Sorting Hat: 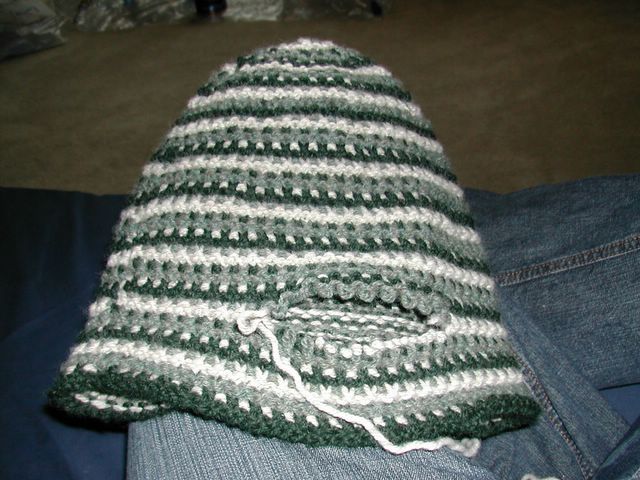 Once the stitches were ripped, I picked up the bottoms of the next row and turned around to cast off. It was going the wrong direction but with the dark yarn you couldn’t tell — good enough. I cast off super-loosely, so it has a nice stretch and is actually a prettier and smoother edge than the original. Awesome. 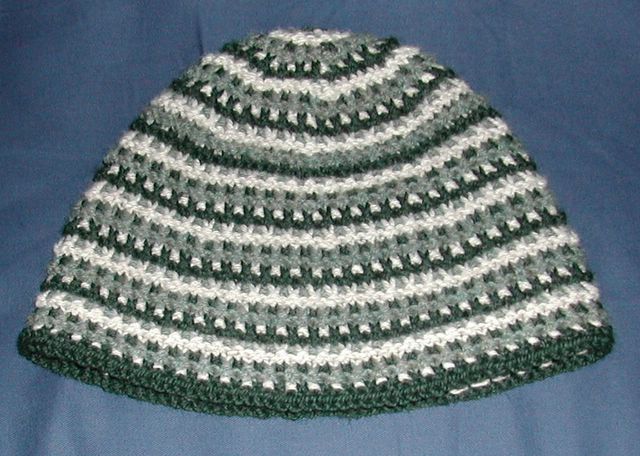 I should have taken a picture of it on the boy, but enough minutes have gone into this project, and so I’m on to his second sock… 🙂 I’m sure I’ll have an action shot of the hat some time down the road.

Needles: 16″ #8 circulars until decreases became too tight, then switched to magic loop with 24″ #8s.

One thought on “Kevin’s Hayden”