What *is* it about speaking too soon? No sooner had I written my “barring disasters” line than I got a very tight knot in the yarn when I tried to string the beads. I worked on in for about 45 minutes, then gave up and went to bed. When I showed up for knitting on Wednesday, Janell was deeply impressed at what a mess I was making, and Diana tried to rescue me from myself by telling me to just cut the yarn and restring the beads. She even gave me a threaded needle to use in place of the wax. Bullheadedness ultimately won out, though, and I was able to unwork the knot (after only a half hour) and continue knitting without breaking the yarn. Since I was in the middle of the beginning bead trim, it would have been so obvious if I had tried to weave in ends on a single stitch-wide line of knitting.

Here’s the progress after watching the women’s short program and free skate: 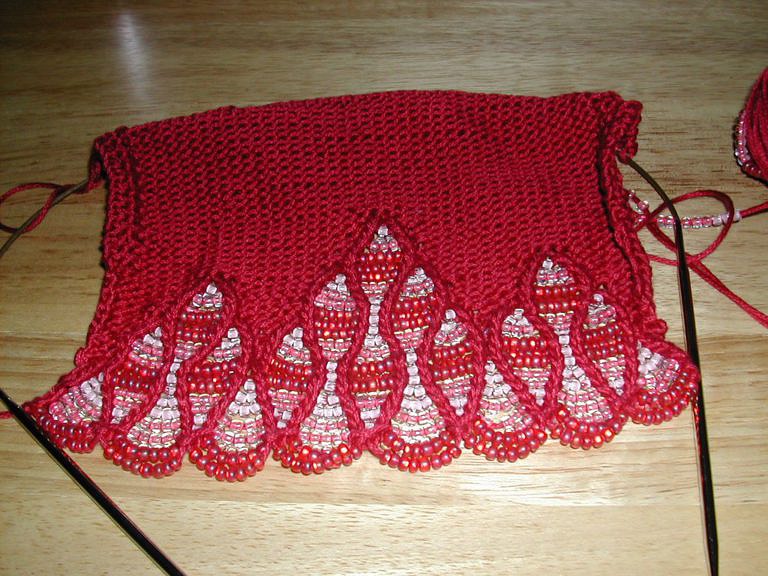 The hope is that I can almost finish this ball tonight, so that I can reassess the length. I’m also blocking side one tonight. Then, hopefully, I can finish knitting tomorrow and block side two tomorrow night, in time to be grafted on Sunday.

I can’t believe that I have a shot of finishing!

ps. Does anyone remember the cute, cute little kids in Lillehammer who skated around in their fuzzy costumes and collected flowers, then presented them to the skaters? I was describing them to an entranced Kevin (haha), and told him to Google for pictures. Brainwashed by Microsoft, he used MSN instead. He didn’t find any photos, but no matter how he structured the query, Yarn Harlot came up first. 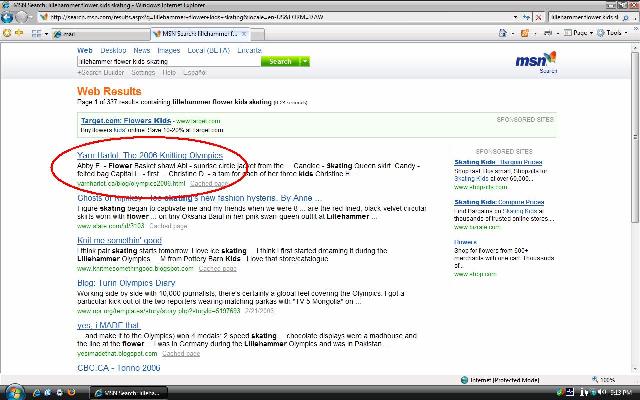 pps. Clearly counting is not my strong suite. I knew that we had sixteen days for the Olympics, and I knew that we started on a Friday, but somehow I *really* believed that tomorrow was the final day. So, you can imagine my glee when I realized that I actually had two more days left to knit! What a gift!

ppps. For those who didn’t confuse the end date and need a relaxing image, here are the clownfish, whose biggest worry is whether the person taking pictures will decide to feed them. (She did. They looked so pathetically hungry. Clownfish are the golden retrievers of the sea.) 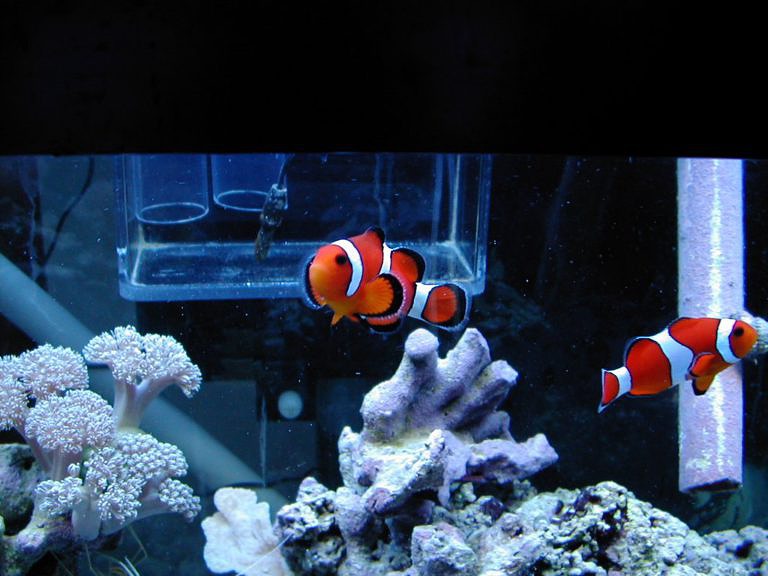 Unfortunately, I am not so pampered. 😛 While I haven’t quizzed him on it, I can guess Kevin’s reaction to my request that he become my beck-and-call knitting support team for the remainder of the weekend.