It’s been eons since I posted any knitting pictures. Proving yet again that my knitting will never set any land speed records, I’m just past the fourth dropped row of my clapotis. I really have been trying to post about it for the last two weeks, but I keep taking photos at night with a flash, and the yarn’s gorgeous colors just aren’t coming through. So I mean to take a picture in the morning, and one thing and another, and instead the tang or the plants get top billing that day. We had some serious sun coming in the windows this morning, though, so I finally got a good picture of the colors. 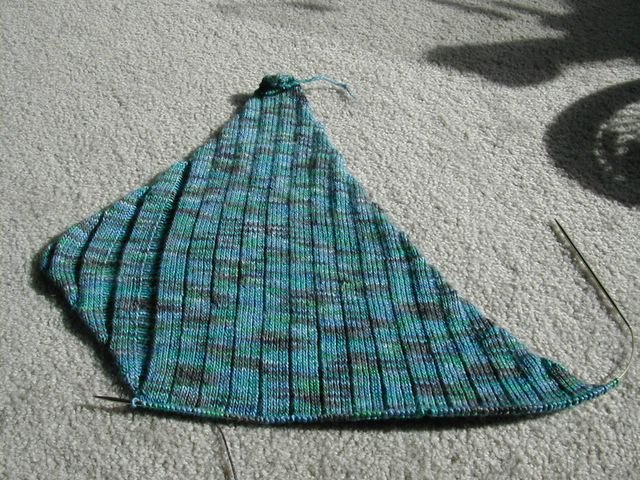 I’m about 75% sold on the colors used. I love the sky blue, medium blue and various greens. There’s a lavender/grey which I find lovely, even though I don’t think it entirely fits with the other colors. And then there’s a purple/brown which is striking, but I think the blend would be much prettier without. The name of the color mix is Green Mountain Madness, and when I keep the name in mind I love the shades because they remind me of New Hampshire, up at the lake. But without the words as a narrative, I’m not as enamored. (I also have a serious peeve. They missed a bunch of spots while they were dying the skein, so there are bright white undyed splotches in the yarn. I’m trying to pretend that they’re the “clouds”, but really, it’s just incompletely dyed. Grr. The yarn was expensive and 99% of it is so vibrant. I wish their attention to detail was a little stronger. You can see one of the bars at the top is that bright white. 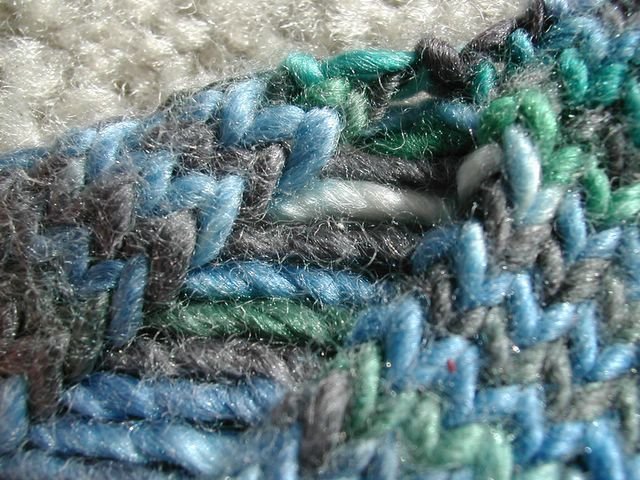 Dropping the stitches is definitely motivating, and I can see why people are so compelled by this pattern. It takes a long time to work the dropped stitch down, as the wool catches. I wonder if that’s exacerbated by having the purl stitch instead of using stitch markers? In any case, the colors really shine on those dropped stitches, and it breaks up the dark brown/purple color blocks nicely. 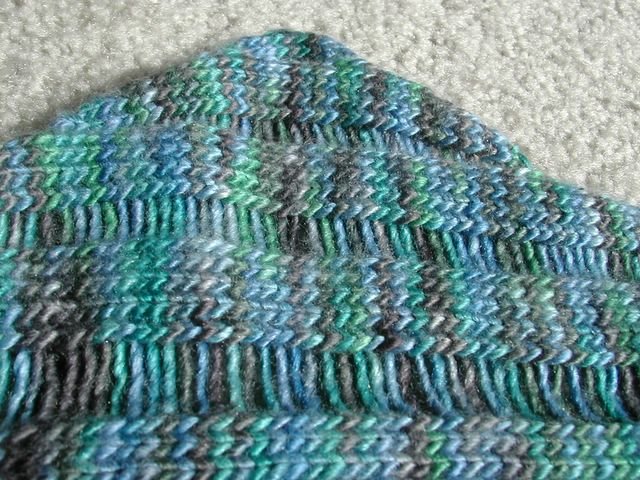 Love that silk – so shiny!

One thought on “A glimpse of the Clapotis”