Last night, after checking with Fenner, Kevin set up a trap to try to catch our disaster crab. I’ve been holding onto a potentially useful small glass jar that originally held dill. Once the main lights went out, he leaned it up against the rock he thought the crab was in, along with a cube of Formula 1 (frozen fish food), and we settled in to watch. 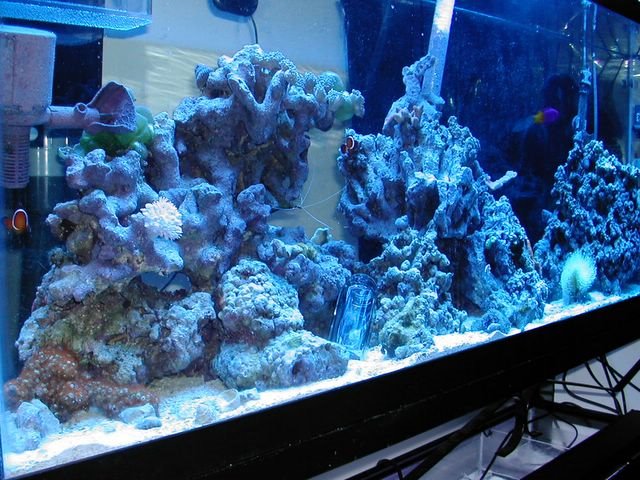 It took the shrimp about one minute to get in the jar. 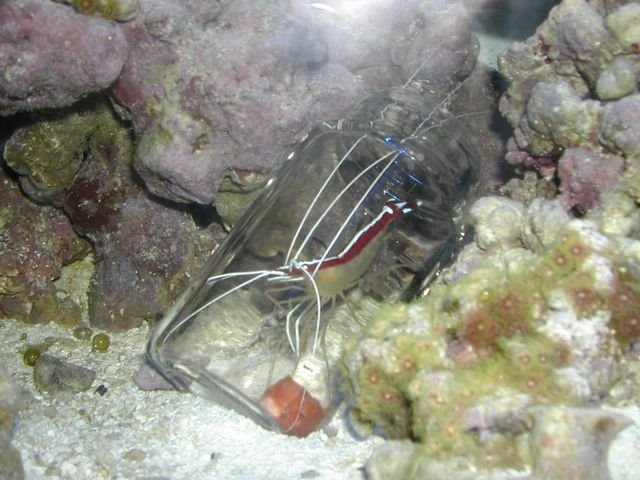 Once he started eating, a parade of hermit crabs was close behind. We watched for another half hour, with only brief glimpses of the hairy crab legs in the rock, then went to bed. I predicted that we would catch three hermit crabs and no big crab.

This morning, we came down to find a jar full of crabs. Three hermit crabs (as predicted) and one hairy crab. Wow. (I really wasn’t expecting it to work.) You can see him here, sitting in tupperware on top of our fish log (hence the sparkly fish sticker): 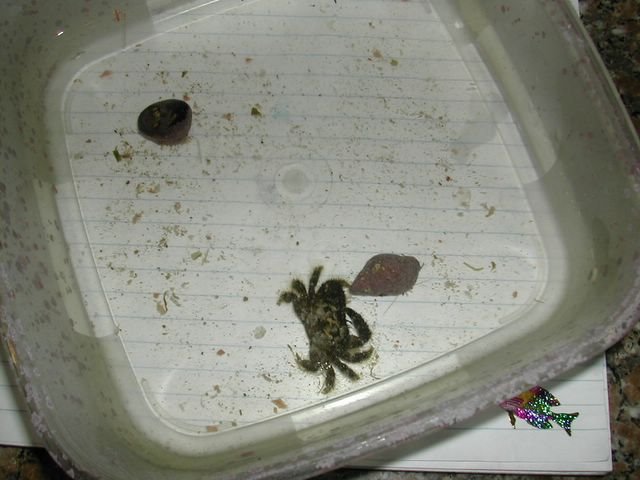 Lest you think counting isn’t my forte, we’d removed one of the hermit crabs already, since he was getting beat up by the hairy crab. Neither of us is even remotely sure that this crab is the one we’ve been seeing. He looks littler that expected (Measured against our college-ruled note paper, he looks to be about 1¼” long.), though that may be a result of overactive imaginations and rarely seeing the entire crab at once. Or, given that we’ve already pulled out three of these guys, he may just be a smaller crab and our big one is at large. Kevin will reset the trap tonight, and until we figure out what to do with the crab, he’ll be hanging out in our refugium.

Does anyone know anything about crab reproductive cycles? As long as he can’t breed without another crab physically in the same compartment, I don’t mind if he stays down there indefinitely. But since the refugium water will be shared with the tank water, if there’s any chance that the crab could breed over distance with a still-hidden crab in the main tank, then he’ll have to go. Does anyone have any opinions or facts to share on the matter? He’s incredibly creepy, but my basic instinct is to let him live.