When I arrived at knitting last week, Janell held up her nearly completed sock and declared that it was hideous and she was over-dyeing it. I realized as I protested that the colors were pretty that this had already been a long topic of discussion, and everyone had reached a consensus that the variegated salmon and lavender colors were, indeed, disgusting. I’m still unconvinced, since to me they looked like that grey-blue-purple that the mountains get against a pink sunset. We happened to have just such a sunset last night, so here’s an illustration: 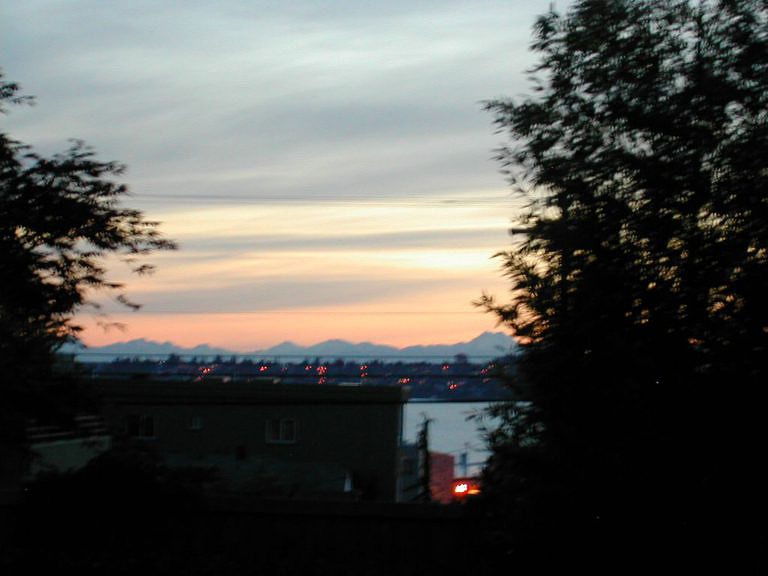 Blurry, since I had to take the flash off, but the colors are true. So pretty! See, Janell?

2 thoughts on “A Sunset Sky for Janell and her sock”