Something has been irritating our purple zoos for about two months now. They haven’t opened at all since then, and I have no idea what might be wrong. It doesn’t look like anything’s eating them, and they’re getting good current and light. So, chemical warfare with another coral? (Like maybe the amazing blue acro right up top? It’s been growing like mad recently. Or maybe the torch coral? We moved the leather away, but that didn’t seem to make any difference.) It’s so frustrating not to have the slightest idea what the problem is, especially where all of the other zoos are all happy and open.

In other tank mysteries, we’ve been finding bits of mystery crabs in our tank all week. The tally had been two pincers and a leg, and then I found a whole crab! Geez! 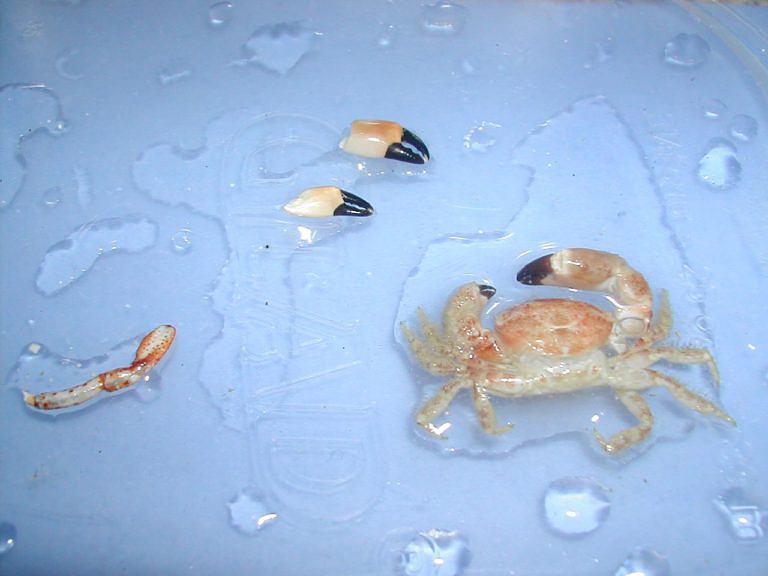 The last time anything new was added to our tank was over a year ago — the ricordia was a “new job” purchase in January 2006, but it didn’t come on a rock. Best guess, this crab has been in our tank for at least a year and a half. How crazy.

The front view is even more ridiculous. How enormous is that claw? 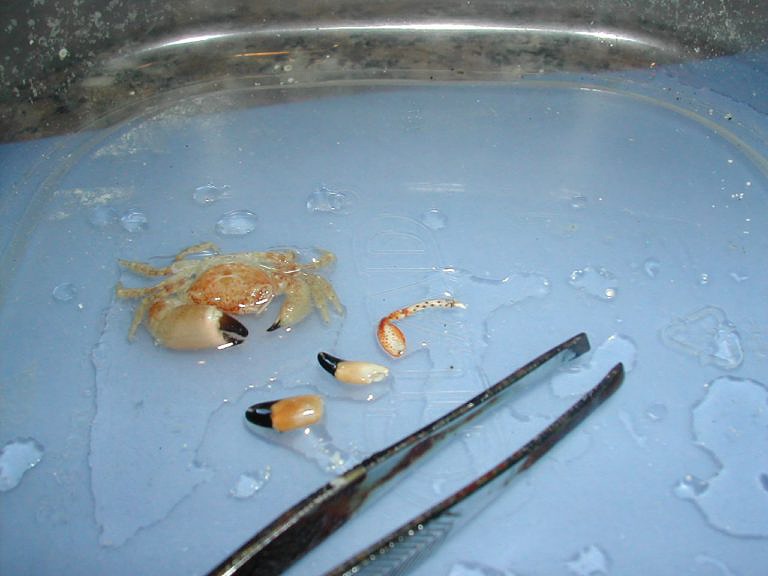 My question is how many more of these guys we have in there. Given the multiple claws pulled out in the last week, it seems like we’re not in the clear.

The red-speckled leg is another mystery, as it doesn’t match any of the known inhabitants. I’m hoping that maybe it was a blue hermit crab, and all of the blue faded? If not, we have another huge dude in there somewhere, running around on seven legs.

One thought on “More Tank Adventures”