I wish that I had more quilt squares to show you, but that has very temporarily been placed on the back burner. We’re heading to Boston this weekend for a wedding (I didn’t have a dress), and I just found out that I need to have gifts all knitted for a shower by the end of July (I hadn’t started), so I’ve been being responsible and not working on the quilt, even though I wanted to.

Instead, here are garden pictures! I think the beans are just about done. I had another nice big handful last night, but I don’t see any more flowers or teeny ones. I think they couldn’t cope with the week of rain and clouds — whatever momentum they had seems to have died. A great experiment though, and one I certainly intend to repeat! The new excitement is the tomatoes, which are coming on strong. There are LOTS of them, and they’re getting quite big. Still green, but I’m so pleased with them. The basil is also getting huge — time for more strawberry-basil martinis? 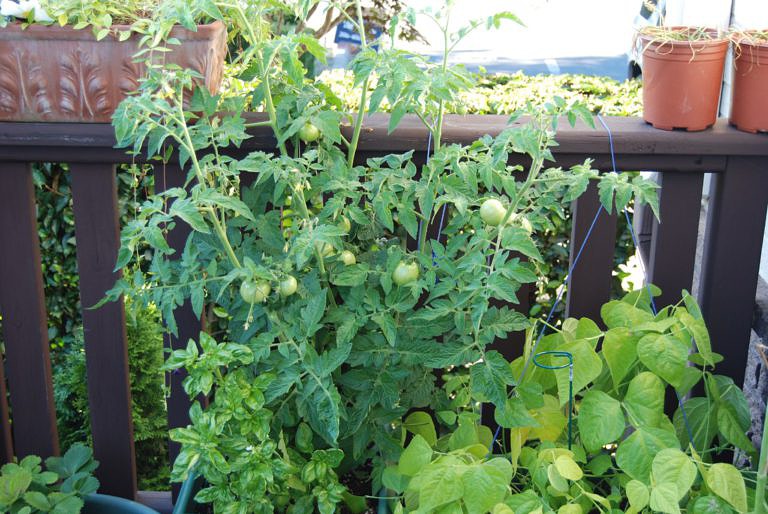 And because I thought it was cool, here’s a ladybug in the mint! 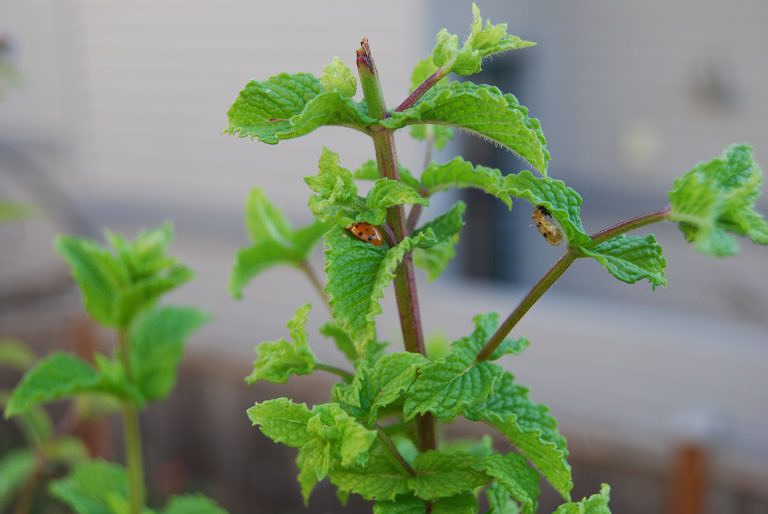 There’s a ladybug-ish thing on the next stalk. I have no idea what it is. If I had to come up with a theory, I would say that it looked like the ladybug took a page from our shrimp’s book and molted, but I didn’t think beetles did that. Huh?

One thought on “A garden post, now that it’s stopped raining”