We went to Boston for the weekend (we’re such jetsetters. :-P). One of Kevin’s favourite fraternity brothers was getting married to his college girlfriend. Such a fun reason to go back. We redeyed in Friday morning, (miraculously) were able to check into the hotel eight hours early, napped for a while, and then hit the town.

We were staying right by the Common, so we headed over to walk along Newbury. I found a clutch for the wedding, and we met up at Trinity Booksellers (where my Boston knitting group used to meet). I drank tea and read the Globe while Kevin looked for a book, and then we headed to Croma for specialty pizzas and cocktail hour.

I put down the knitting for this picture. Kevin loves it — apparently I have a happy smile when I’m back in Boston. 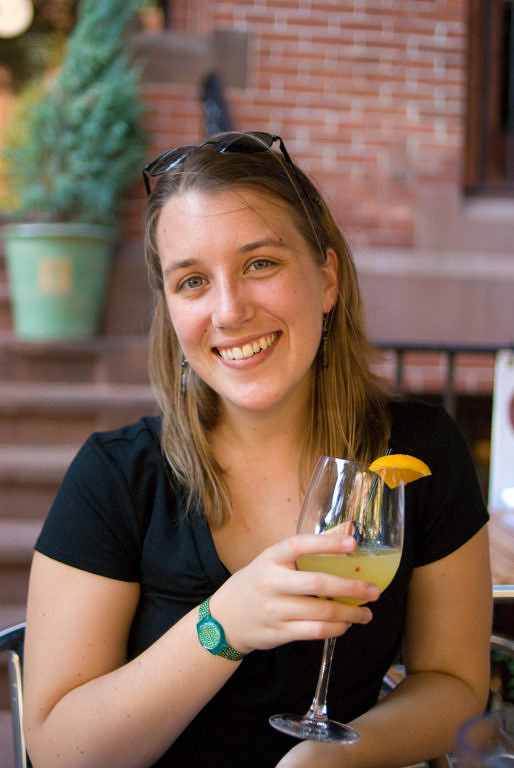 And then a round of drinks later, here’s Kevin and Newbury street. 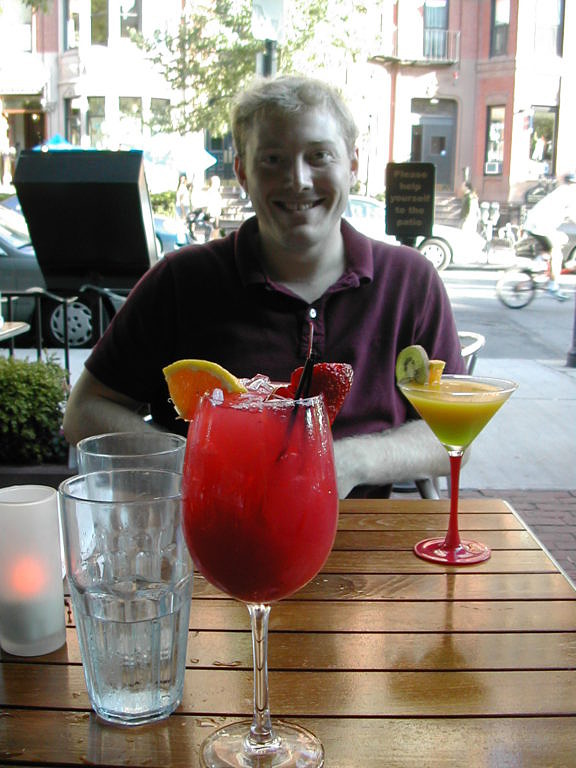 The weather was gorgeous, and the people watching was great. And later that night, after a nap, we met up with slews of Kevin’s college friends. Such fun. Especially where I barely got to talk to any of them at our wedding, I loved having the chance to catch up so soon after.

On Saturday, we split up to do our own things. I had errands (centered around the yarn store!), and Kevin wanted to play with his new camera lens. We’d barely left the hotel, though, when the sky just opened, and unleashed one of the longest and most dramatic thunderstorms I’ve ever seen. It went right over Downtown Crossing, and the rivers of water running down the brick streets, with pelting rain splashing everywhere, and simultaneous thunder and lightning, were truly spectacular.

We both flew back to the hotel to change, and then walked the two blocks (the rain let up just before, thankfully) to the Four Seasons for the wedding. It was gorgeous (my pictures are here — sorry that they’re so dark). It was so meaningful and interesting to attend another wedding barely two months after our own, and so fun to see Jim and Jess together.

I only have one picture of the two of us. I think Kevin should come up with more reasons to wear a tux. 🙂 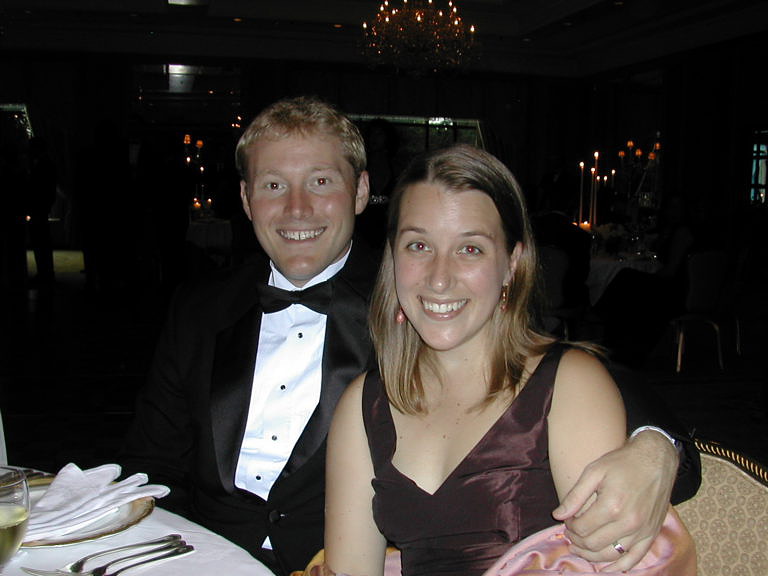 And here are the bride and groom dancing together. 🙂 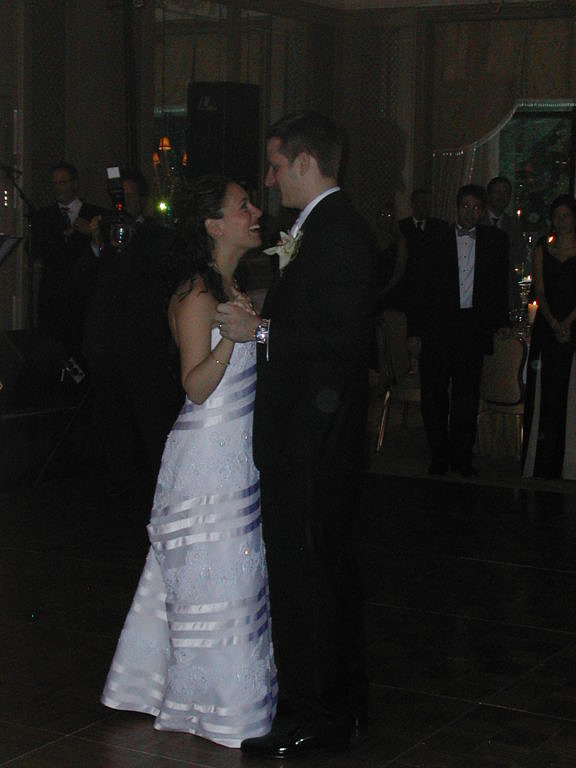 2 thoughts on “Back to Boston”