There’s so much going on here (hint: a house!), but I’m feeling leery about jinxing it and a bit reticent about posting all of the details for the world to see, so blogging has suffered. If we get past the inspection details, and financing, then I’ll definitely start posting more frequently (endlessly?) about choosing appliances and little home projects. But as much as I’ve been scheming, I’m trying not to be too public just yet, lest it all disappears.

So, between THAT excitement, and a big crunch at work, and a secret gift knitting project, I’ve had nothing particularly bloggable. Kevin’s been taking a game development certificate at UW for the last year (it ends tomorrow night), and had a ton of work left for his final project, and I was feeling overwhelmed with too many new concepts and half-way-along research (insulation, and slabjacking, and kitchen renovations, and energy efficient appliances, and curtains, and garage storage systems, and carpet, and utility sinks to name about a tenth of the topics I keep getting waylaid by). So, I decided to take the day and make progress on the quilt.

As you may remember, I had almost finished the near-shore land, and the lake (4 squares remain of 32), when I realized that I’d made all 28 squares of my yellow and blue sky four strips too small. 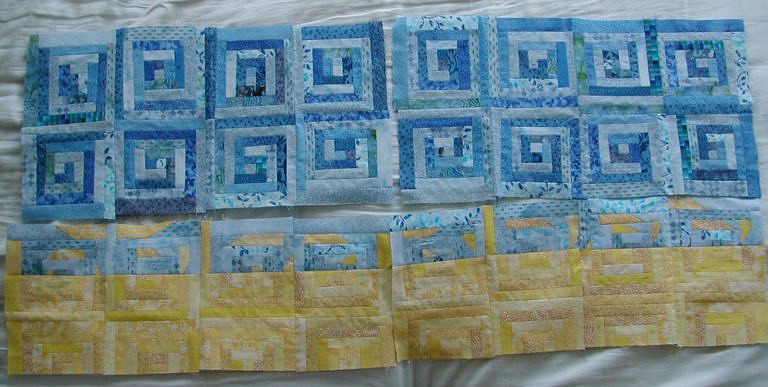 Since I’d sewn the squares together already, I not only needed to add the extra strips, but first had to rip out all of the seams holding the squares together. And since these were my first squares, and my piecing was pretty wobbly, most of them were a fair bit under 5”x5”, so I’d actually put multiple seams between squares in hopes that it would make the quilt less rippable. So, yesterday, away I went with the seam ripper: 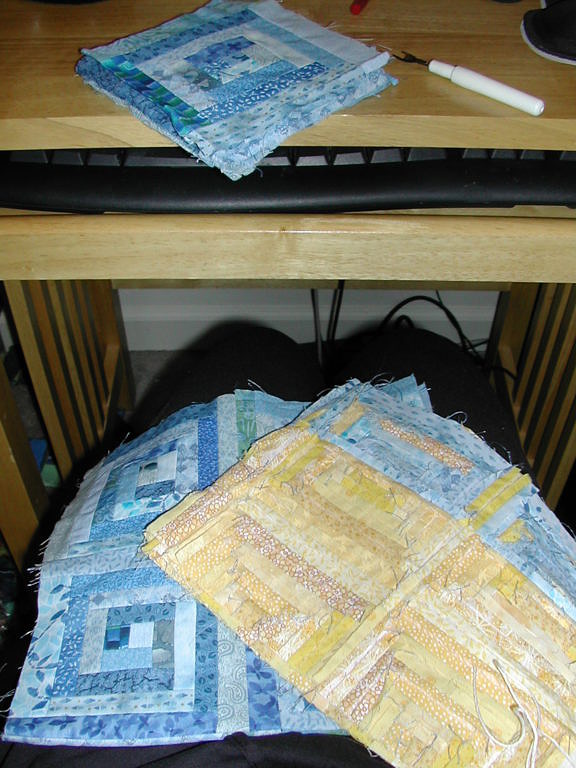 I’d finished the blue and was really getting going with the yellow, when I realized that I’ve never liked that blue to yellow transition, nor the two half-blocks sewn together, and so I should take this as an opportunity to fix things. So, I started eight yellow squares from scratch: 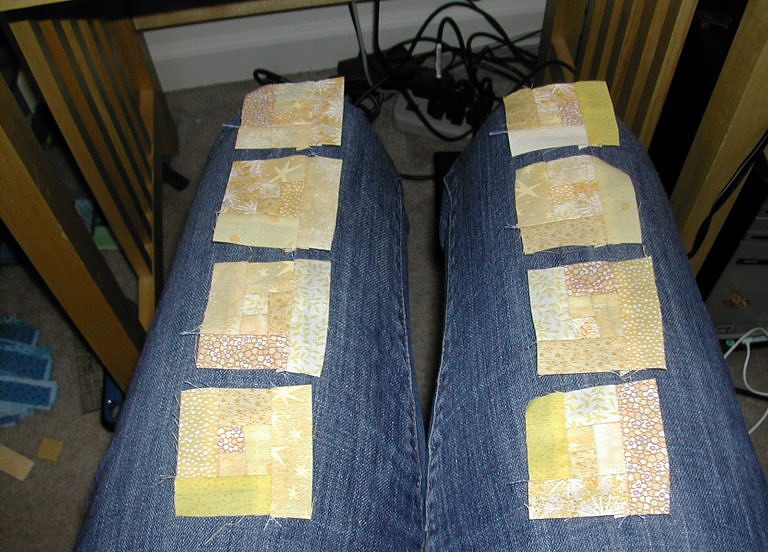 And before I knew it, the daylight was almost gone (especially now that the sun is setting at 8 pm! So sad.), and I had eight full yellow squares. I spent the rest of the evening working on the 16 blue squares – even with only one round left, all of that matching and sewing and pressing eats up time. But now I’m so happy with it. 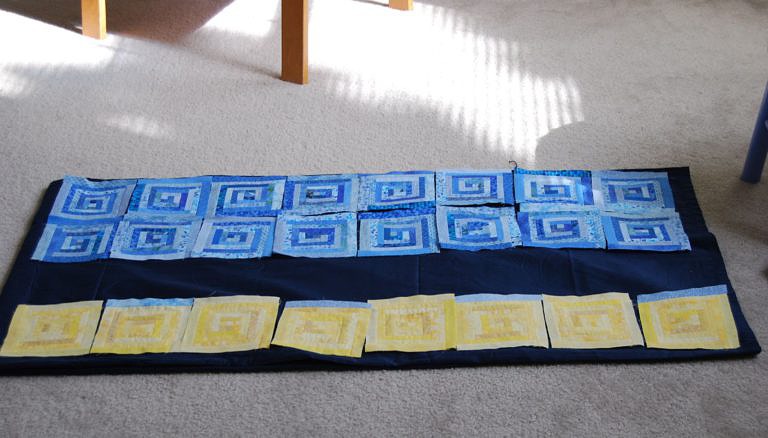 The best part is that the yellow is so much smoother now. The first version, with its half squares, didn’t allow for long vertical strips, and so the long horizontal strips got lost in the busyness.
I also have a new plan for the yellow-to-blue transition. Hopefully it will work, and I can show you in a few days. (You can see the beginnings of blue encroaching in half of the yellow squares…)

One thought on “Finally, something for the blog”