When I got to the house last night, I found Kevin in the laundry room, putting the final touches on this impressive structure. 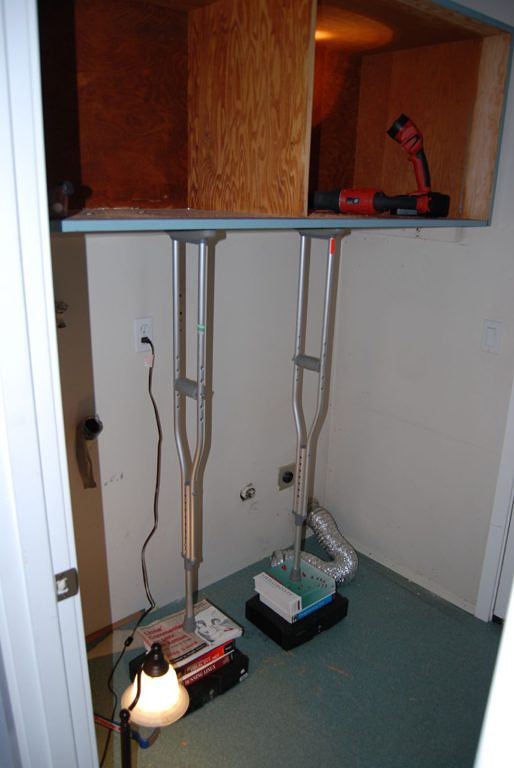 We’ve been a bit flummoxed by how to remove the laundry cabinet. It’s incredibly solid (read: heavy), and it looks like they must have taken the door frames off the two doors to get it into position, since it’s wider than the space between them. Since we did NOT want to remove the door frames, and there wasn’t enough room to rotate it, the only option was to cut it up. It wasn’t attached to the wall directly – it rested on a bunch of boards nailed to the back and sides of the room. However, with that weight pressing down on the boards, we couldn’t get purchase to pry them out of the wall. So, the final remaining option was just to cut the thing in pieces way up in the air and them remove the cabinet in bits. I’d proposed using jacks to keep those big cabinet pieces from crashing down – Kevin apparently improvised with crutches, old computer science theory textbooks, and dead xboxes that he brought home from work.

Dorky, but it did the trick! Here’s Kevin hammering and spackling an hour later. 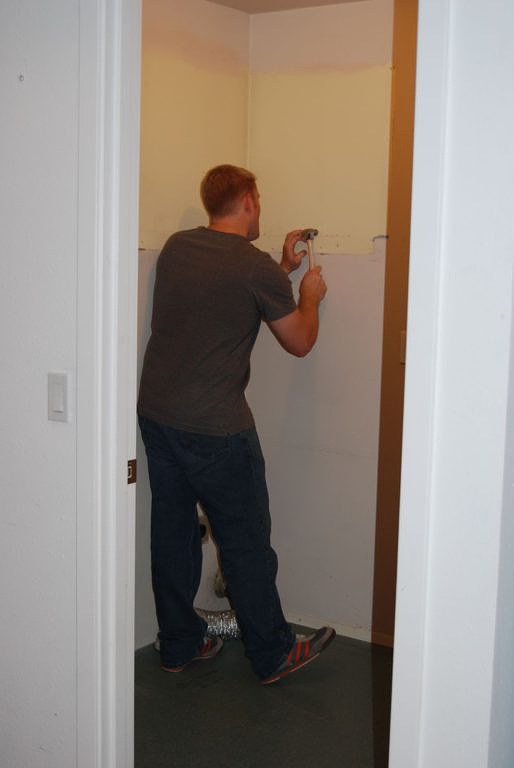 The new washer and dryer arrive in a week, so the paint, new floor, and cabinets should be up by then. Busy, but exciting!!

Less glamourous but still cool: we have a light in the garage now! Kevin went and bought a new florescent bulb and it’s such a huge improvement, especially since it seems to be getting darker a good 10 minutes earlier each day. 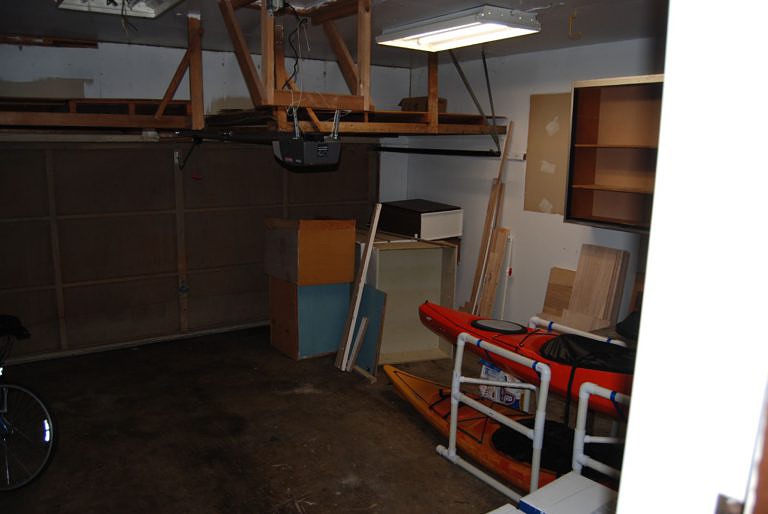 I’m finally at the point where the kitchen is starting to feel in hand. Everything’s been scrubbed, I’ve added shelf paper to all of the deep base cabinets (a major improvement!), and I finally went around today and figured out where everything should go. Some of the things aren’t quite as logical as I’d like, but since some of the slide-out drawers are in much better shape than others, I tried to make sure that things we use daily are in the less-finicky drawers. 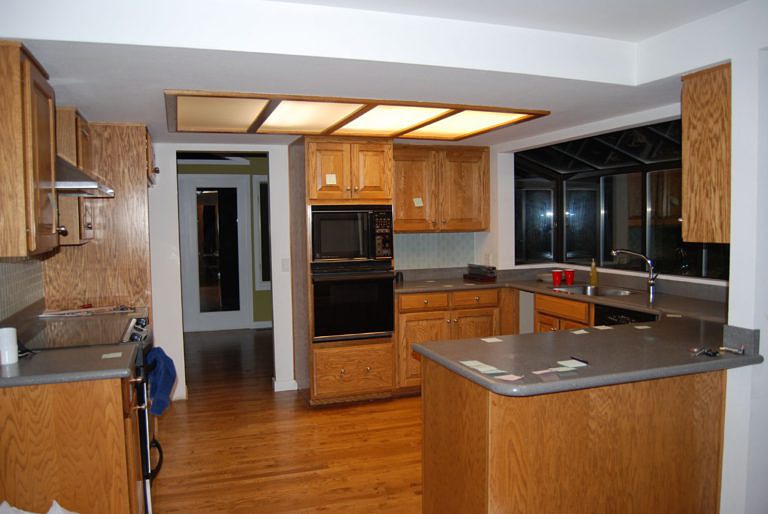 The first (small) load of kitchen things has already been put away. I stayed up last night packing the kitchen in the apartment (made it about 2/3 of the way through – not too bad given how much pantry-type food we seem to have), so it’s getting a lot closer. We still don’t have a delivery date for the new fridge, though, so it’s making me sad to pack our cooking things when the new kitchen isn’t really ready yet. I can’t believe it’s only 4 more days until we move into the new place for good!

2 thoughts on “Thank goodness we kept those textbooks”