We’ve been planning to paint Kevin’s office (soon to be the baby’s room) for the last fortnight, and there keep being delays of one sort or another. First, Kevin decided to remove several useless cable and phone outlets (a great decision) and fix some dents in the wall. With all of the coats of spackles, plus texturing and priming, that took a few days. (It’s been nearly half a year since the last round of drywall repairs in the bathroom, and while I’m sure he wasn’t pining for more drywall projects the walls DO look great now. A vast improvement.)

Then on Monday, I came home from work and started in on the yard – mowing the grass and trimming back bushes. I finished with the front, moved to the back and had just started deadheading the rhododendron when I bumped into a wasp nest. Oops. Seven stings caused enough chaos that neither of us felt like taping.

Then we realized that we not only need to empty the rooms next week (we’re having new carpets installed in all three bedrooms!! Yay! Can’t wait to be rid of that berber!), but we’ll need to empty the closets too because the shelving rests on the floor. So we’ve been gradually emptying our rooms and filling the family room with stacks of books and assorted belongings. 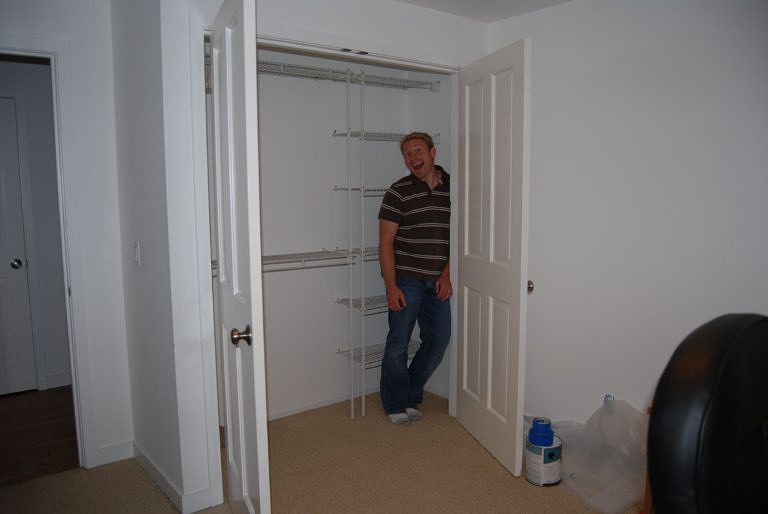 Kevin won the emptying-the-closet game – yay! So now we are truly out of impediments, and painting can begin tomorrow night after work!!

One thought on “Prep took a bit longer than expected”